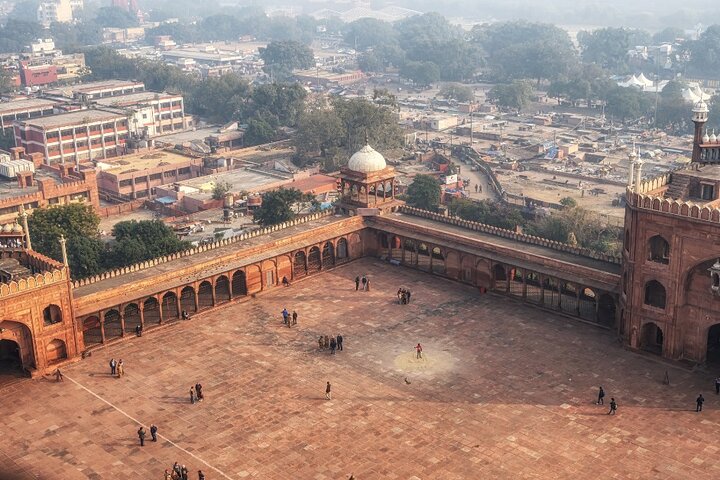 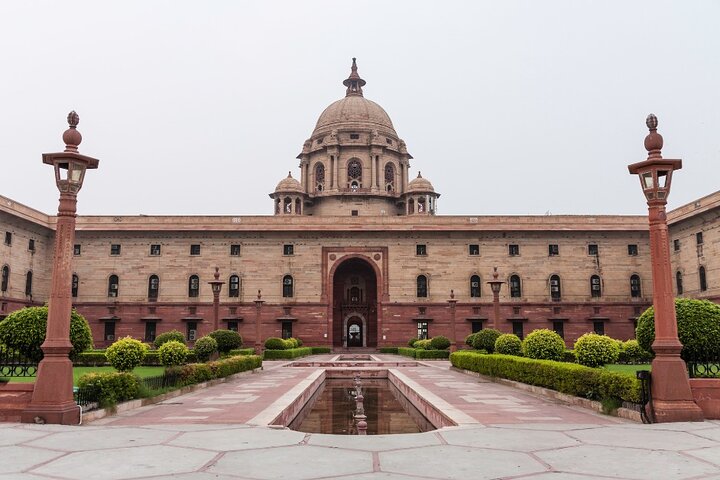 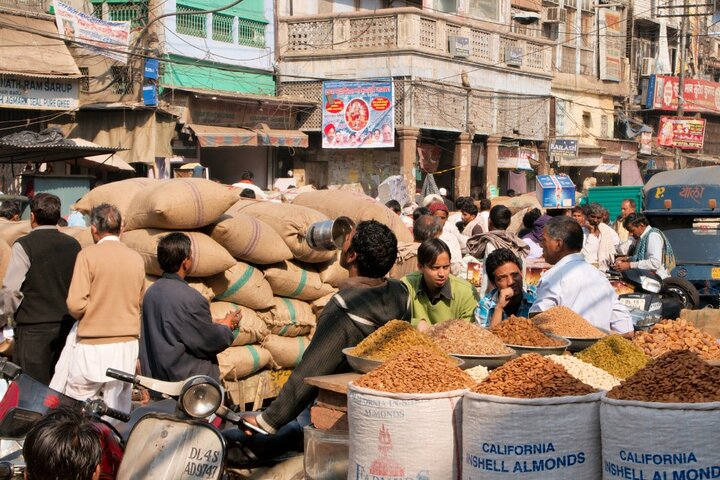 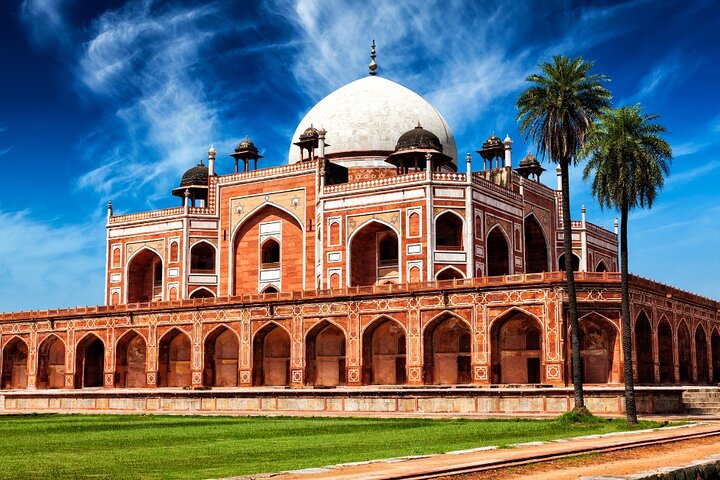 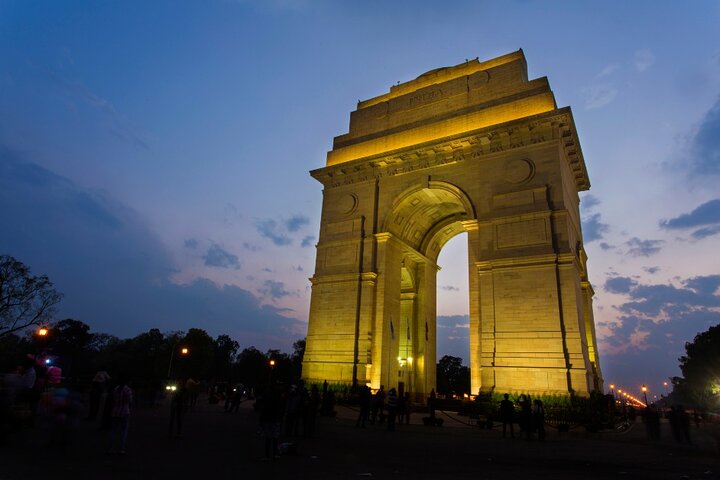 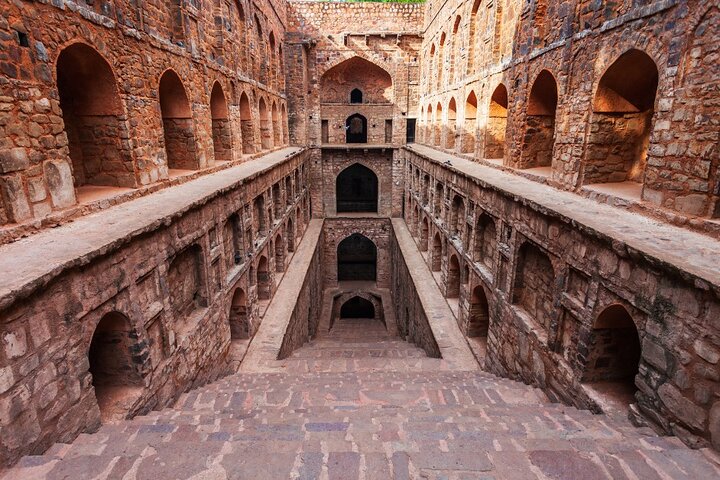 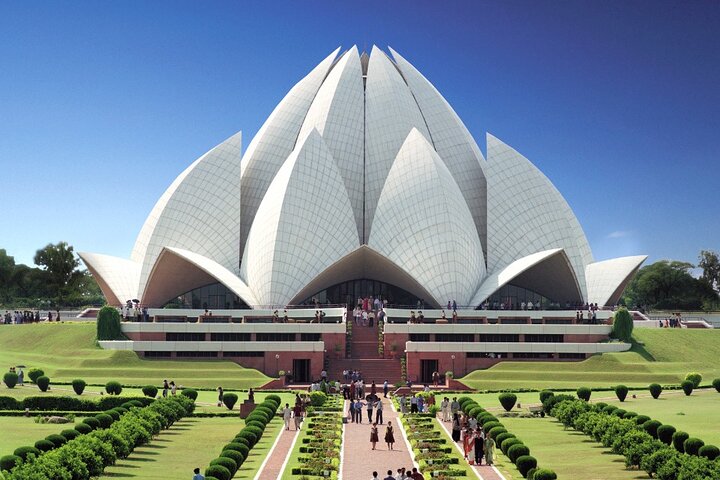 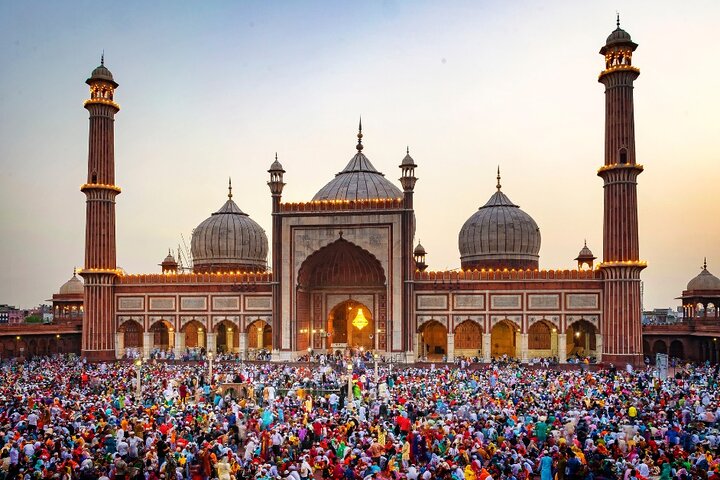 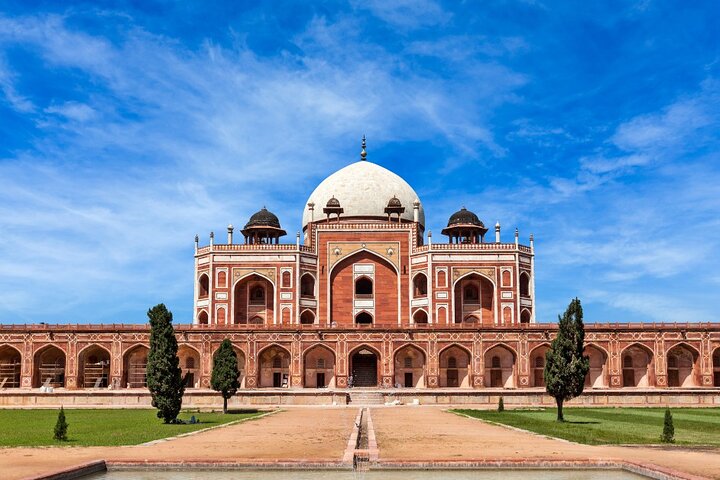 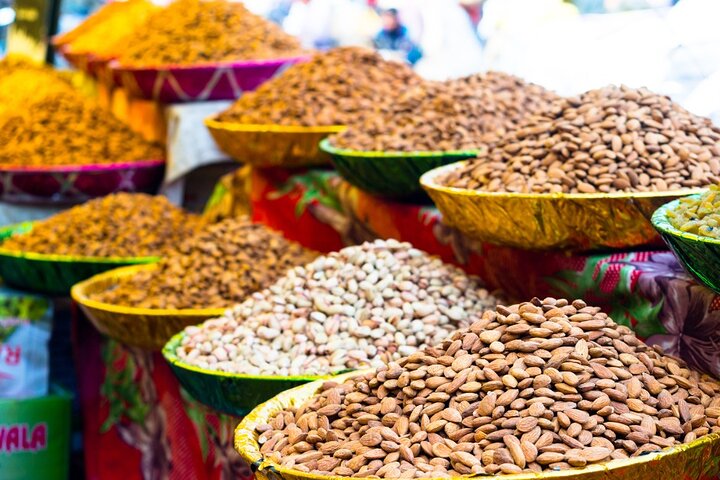 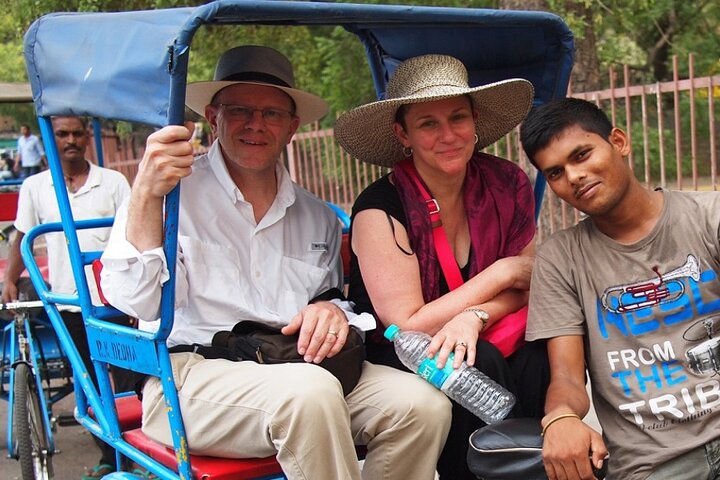 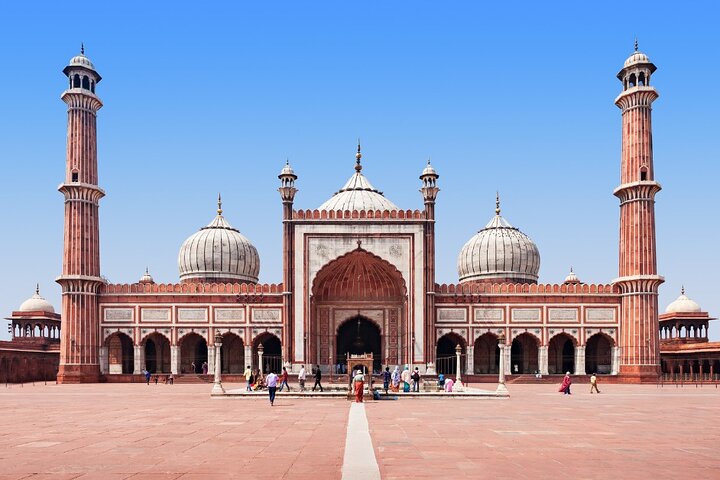 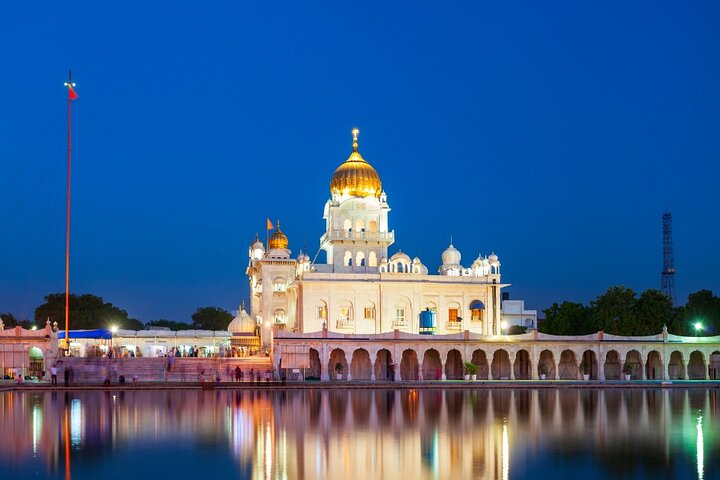 Explore the Old and New Delhi with a private driver and guide. Get a chance to visit the Old Delhi in a tuk tuk ride. See some of the city’s most popular historical, religious, and political landmarks. The driver can pick you up and drop you off from anywhere in Delhi NCR.

Pick up from anywhere in Delhi, Noida, Gurugram, Ghaziabad, Faridabad. Choose any pick up time between 8 AM to 10 AM

So the guide will now meet you outside the Red Fort from here you will enjoy the old Delhi on a tuk tuk ride. Explore the oldest city of Delhi while your guide explains the important role they play for the locals.

Now you will visit Jama Masjid, your first stop and India's largest mosque. It was built by Mughal Emperor Shah Jahan between 1644 and 1656 at a cost of 1 million rupees. Your guide can take really beautiful photos from the best spots.

After exploring the colorful markets of Old Delhi you will visit the famous market for spices. Get to know some interesting facts and uses of spices.

Now the guide will show you the Red Fort. A is a massive structure built by Shah Jahan between 1639-1648. It served as the main residence for the Mughal emperors. Please Note: Guide will not do the explanation inside the monument.

After completing the Old Delhi, meet your driver again and guide will take you the Gurudwara Bangla Sahib. This is the largest Kitchen of India and it prepares food for 10000 people everyday.

Now you will drive pass from the government buildings and here you can take some great photos. You can take pictures of India Gate while guide explaining you the historical background of this building.

After taking the photos of India Gate, you will also drive past the Parliament House which was built in 1927, Now In 2019, the Indian government launched the Central Vista Redevelopment Project, a multi-billion dollar project to redevelop the Central Vista.

One of the biggest Hindu Temple. It was constructed in 2005 but seems like it has been constructed for over a thousand years because of its architecture. Please Note: You can either visit Humayun Tomb or Akshardham Temple.

This is the First Garden Tomb in India and a UNESCO World Heritage Site. It was built by the wife of Humayun (Second Mughal Emperor) and it was completed after the death of Humayun. Please Note: You can either visit Humayun Tomb or Akshardham Temple.

This is optional if you wish to visit: Raj Ghat is a memorial dedicated to Mahatma Gandhi in Delhi, India. Originally it was the name of a historic ghat in Old Delhi. Later the memorial area was also called Raj Ghat.

This will be your last stop in Delhi if you wish to skip Qutub Minar. Lotus Temple is a Bahá'í House of Worship that was dedicated in December 1986. Notable for its flower-like shape, it has become a prominent attraction in the city.

Last but not the least, you can also opt for Qutub Minar. The highest brick tower in India built up in 1192 and the tower remarks the first Muslim Empire in India. It is also a part of the UNESCO World Heritage Site.

After this wonderful journey. The driver will drop you to any desired location Delhi NCR.

The tour guide and driver were very kind and patient with me and provide very good information on each temple visited. Shahnawaz from Amin tour with driver Jehangir made sure that I was comfortable and ensure I had a pleasant time. I truly recommend this tour, especially if you are travelling alo...

Our tour of Delhi was everything we could have hoped for. I recommend specifically asking for Riyaz to be your guide. He was extremely friendly and knowledgeable. He made sure everything ran smoothly and made sure we were comfortable and encountered no issues the entire time. He showed us all of ...

A group of us did a tour around New/old Delhi. The whole trip was amazing thanks to our tour guide. I definitely recommend booking and be sure to ask for Riyaz

Group of 3 in India for work, wanted to explore Delhi over the weekend and this was the right choice. Riyaz was great, very friendly and funny. He showed us a great time and we saw some amazing places and had some very unique experiences. Definitely recommend

He’s. Good tourist guide we have good time explaining everything clear no roush he take he’s time to explains

Great trip, nice places, friendly guide Good to get an Overview from Delhi, culture and people. Tuk tuk Tour was a good expirience.