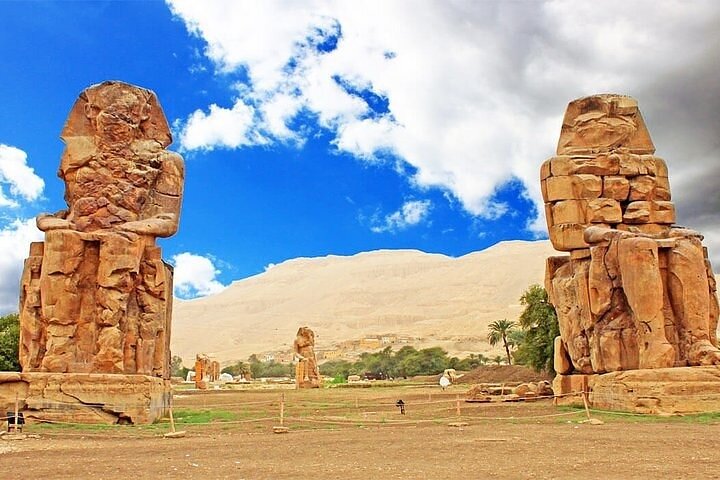 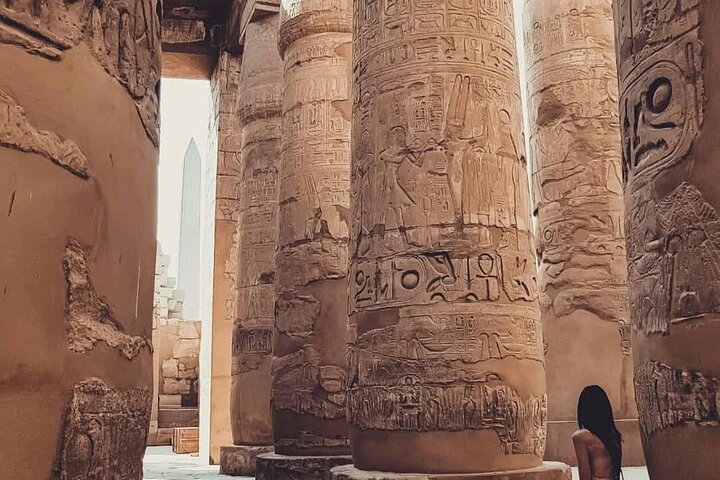 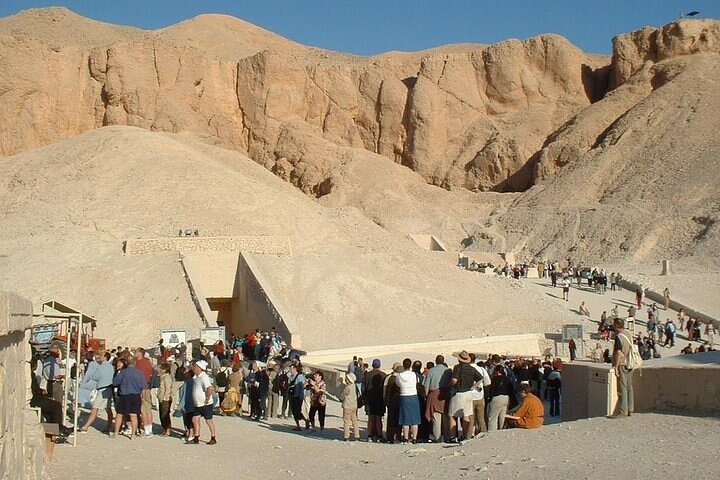 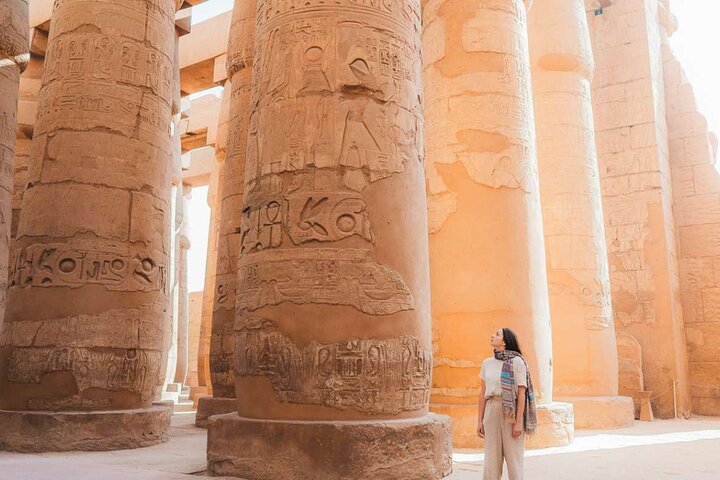 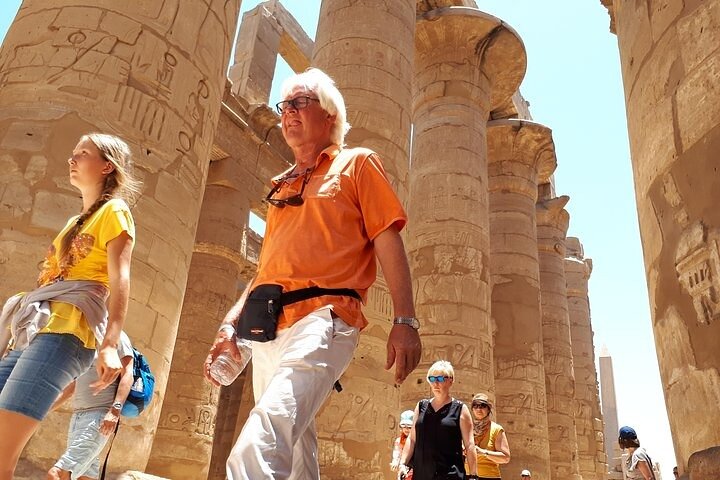 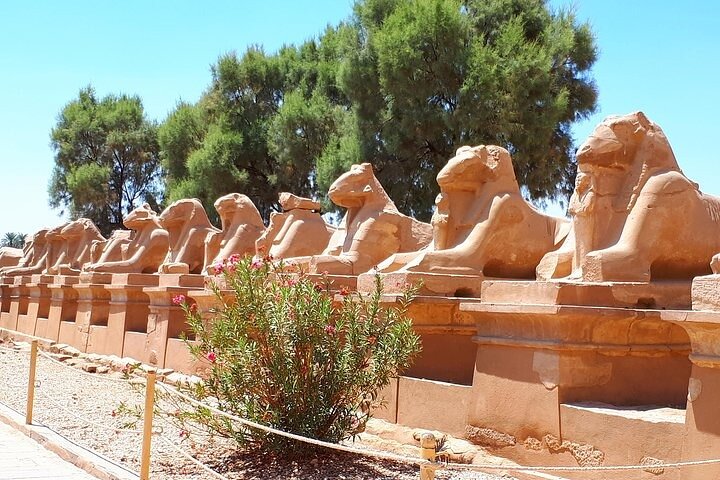 Luxor Private Full-Day Tour: Discover the East and West Banks of the Nile

Discover both the east and west banks of the Nile River on a private tour of Luxor that saves you the hassle of arranging accommodation, guides, and admission tickets. Stay cool and relaxed as you travel between top Luxor attractions—such as the Valley of the Kings, the Colossi of Memnon, and Queen Hatshepsut Temple—in air-conditioned comfort.

At 7:00 am Pickup from your Hotel or Nile Cruise in Luxor or even from luxor airport by Emo Tours Licensed Tour guide then you will be transferred by Private A/C Vehicle to the West Bank where you will visit the Valley Of The Kings, the magnificence of the grandeur of architecture which was used for burial, there are many kings buried in this valley. The most known tombs are King Tutmosis I, Tutmosis III, Tut-Ankh-Amon, King Ramssess VI, King Mrenptah and AmonhotepII.

Followed by a visit to the Temple of Queen Hatshepsut that known as El Dir El Bahari which was built by Queen Hatshepsut the daughter of Thutmosis I, who ruled Egypt about 20 years during the 18th Dynasty (approximately 1490-1469 B.C), the only pharaonic woman who reigned ancient Egypt.

Then continue your day Tour to The Colossi of Memnon which is remains of the mortuary temple of Amenhotep III. Lunch Break at Local Restaurants Based on full Meal for each Person but beverages are not included

Then Transfer to the East Bank visits in Luxor to continue your day Tour visiting Karnak Temple, the greatest example of worship in the history, dedicated to the God Amon, his wife Mut and their son Khonsu

Finish your day tour by visiting the Temple Of Luxor, it was built by Amunhotep III in 18th Dynasty in the New Kingdom and it was completed by Ramses' II during the 19th Dynasty. Later you will be driven back to your hotel in Luxor. It even can be ended in Luxor airport