Visit the great pyramids of Giza

and Lunch in one of the local restraint

Visit the great pyramids of Giza

and Lunch in one of the local restraint 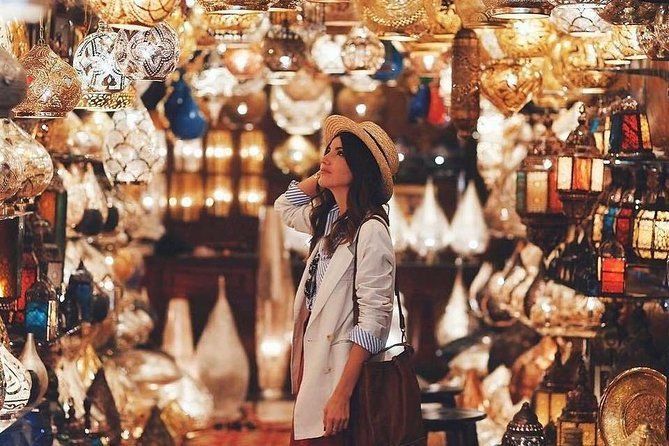 Khufu's pyramid complex consists of a valley temple, now buried beneath the village of Nazlet el-Samman; diabase paving and nummulitic limestone walls have been found but the site has not been excavated.

Khafre's pyramid complex consists of a valley temple, the Sphinx temple, a causeway, a mortuary temple and the king's pyramid. The valley temple yielded several statues of Khafre. Several were found in a well in the floor of the temple by Mariette in 1860.

The Sphinx dates from the reign of king Khafre.[7] During the New Kingdom, Amenhotep II dedicated a new temple to Hauron-Haremakhet and this structure was added onto by later rulers

Confirmation will be received at time of booking.
Not wheelchair accessible.
Children must be accompanied by an adult.
Near public transportation.
Most travelers can participate.
This is a private tour/activity. Only your group will participate.
Face masks required for travelers in public areas.
Face masks required for guides in public areas.
Face masks provided for travelers.
Hand sanitizer available to travelers and staff.
Social distancing enforced throughout experience.
Regularly sanitized high-traffic areas.
Gear/equipment sanitized between use.
Transportation vehicles regularly sanitized.
Guides required to regularly wash hands.
Regular temperature checks for staff.
Temperature checks for travelers upon arrival.
Paid stay-at-home policy for staff with symptoms.
Contactless payments for gratuities and add-ons