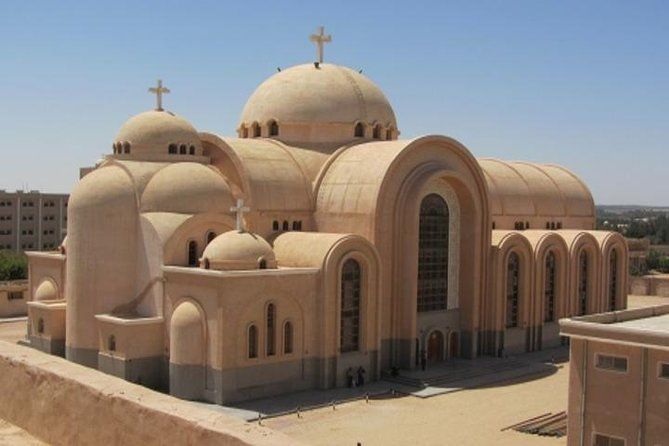 Drive by a modern air-conditioned vehicle to Wadi El-Natrun, the actual birthplace for Christian monasticism. Basically, there were about 50 monasteries, only 4 have survived into modern times. Begin your trip with Deir al-Baramus which is the oldest of the surviving 4 monasteries, and in many ways the most isolated, then proceeds to Deir Anba Bishoi whose body is still in the monastery. End your trip visiting Deir El-Suryani which is the smallest and most compact of the 4 monasteries.

Confirmation will be received at time of booking.
Not wheelchair accessible.
Not recommended for travelers with back problems.
Most travelers can participate.
This is a private tour/activity. Only your group will participate