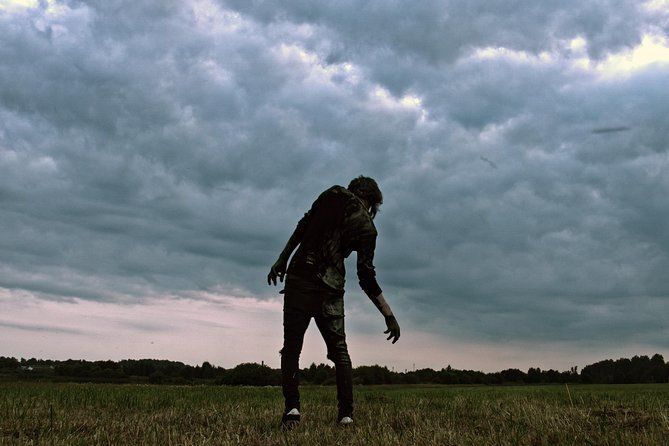 Be treated like a VIP as you tour the city and beyond on a private, full-day Walking Dead film locations tour.
• Visit Walking Dead sites in both Atlanta AND Senoia (the towns of Woodbury & Alexandria)
• Shop at the world's largest Walking Dead store, which includes set pieces from the show
• Lunch in Senoia (@ Norman Reedus' restaurant, if available, cost not included)

Be treated like a VIP as you tour the city and beyond on a private, full-day Walking Dead film locations tour.
• Visit Walking Dead sites in both Atlanta AND Senoia (the towns of Woodbury & Alexandria)
• Shop at the world's largest Walking Dead store, which includes set pieces from the show
• Lunch in Senoia (@ Norman Reedus' restaurant, if available, cost not included)

Stops on your tour will include:

Rick on the Atlanta Interstate - the iconic spot of the Walking Dead poster, where Rick enters downtown Atlanta on his horse

The Center for Disease Control - the building used as the CDC, where the survivors traveled looking for answers

Terminus - see the place where 'those who arrive survive'

The Walking Dead Museum - artifacts including Daryl's motorcycle, the 'Dead Inside' hospital door and a cell from the prison where Rick and his crew temporarily resided

Confirmation will be received at time of booking.
Not wheelchair accessible.
A minimum of 2 people per booking is required.
Children under 18 must be accompanied by a paid adult.
Not recommended for children age 13 and under.
Near public transportation.
Travelers should have a moderate physical fitness level.
Animals are not allowed.
We do not allow the special requirements note without prior approval.
This is a private tour/activity. Only your group will participate.
Face masks required for travelers in public areas.
Face masks required for guides in public areas.
Hand sanitizer available to travelers and staff.
Social distancing enforced throughout experience.
Regularly sanitized high-traffic areas.
Transportation vehicles regularly sanitized.
Guides required to regularly wash hands.
Regular temperature checks for staff.
Temperature checks for travelers upon arrival

We had a GREAT time with our tour guide, Dan, who was phenomenal!! This was a birthday gift for our grandson, who also loves the show Stranger Things. Dan threw in some filming sites for this show as well and our grandson was super excited he did! Dan was GREAT and he just felt like one of the family. Highly recommend!!

Highly recommend this tour. Chris our guide was wonderful. He was very knowledgeable and informative . Got to hear about and see all."things TWD" that we would have never been able to on our own. Also got to see filming sites for some of our other movie interests and Atlanta history along our tour . Atlanta is an beautiful city to visit.

Ryan was our tour guide . He was AWESOME!!! He was so friendly and very knowledgeable . If you are thinking about doing this tour it is well worth it . The best day ever !!! Thanks Ryan .

Chris was friendly and very knowledgeable about everything Walking Dead. He knows so much about Atlanta and all it’s industries.

I had the best time of my life. I can't wait to do it again. Dan the tour guide was great and had so much information for us about Atlanta, Senoia and Sharpsburg. It was as all day tour. I LOVED IT. I would recommend this tour to everyone. It's well worth the money

Our Tour was awesome and our tour guide his name was Dan he was awesome too, my husband and I had a great time, I really recommend!