Get to know Bangkok in One Day Highlights on this sight-packed, this 6-hour tour with a guide. Traveling by air-conditioned vehicle, see top Bangkok attractions such as the Grand Palace, Temple of the Emerald Buddha (Wat Phra Kaew) and enjoy Temple of the Golden Buddha (Wat Traimit). Break for a local lunch and spend some time discovering Chinatown and all of its unique shops.

Get to know Bangkok in One Day Highlights on this sight-packed, this 6-hour tour with a guide. Traveling by air-conditioned vehicle, see top Bangkok attractions such as the Grand Palace, Temple of the Emerald Buddha (Wat Phra Kaew) and enjoy Temple of the Golden Buddha (Wat Traimit). Break for a local lunch and spend some time discovering Chinatown and all of its unique shops. 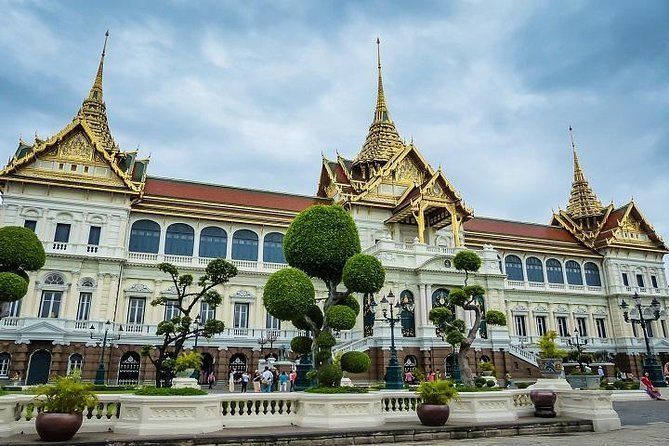 The tour starts at 9:00am with collection from your Bangkok city area hotel for your excursion Private One Day Highlights Bangkok City Tour with Grand Palace. Your guide discloses to all of you about the history and legends of each site visited.

Head for the Grand Palace. The Grand Palace of Bangkok is one of Thailand's delegated gems. It was the home of the nation's rulers from 1782 until 1925. The Grand Palace currently utilized for different government workplaces, illustrious services, state capacities and, obviously, a tourist attraction. Development on the Grand Palace started in 1782 and proceeded now and again until the late 1800s. The first Grand Palace was quickly put together after General Chao Phraya Chakri arranged an overthrow and assumed control over the legislature from the past ruler, King Taksin.

Thereafter, visit Temple of the Emerald Buddha (Wat Phra Kaew). Some portion of the Grand Palace complex, Wat Phra Kaew (alluded to all the more formally as Wat Phra Sri Ratanasasdaram) is the holiest Buddhist temple in Thailand and home to the loved Emerald Buddha image. The beginning of the minute Emerald Buddha is dubious. A few specialists trust the statue began from Sri Lanka while others guarantee it was made on Thai soil in the fourteenth century. As per nearby legends, supernatural occurrences were seen at the different spots the statue was interned including Chiang Mai, Chiang Rai and Lampang. The Buddha picture was seized by Laos trespassers in 1552 and lived in Laos until the point that 1779 preceding being recovered by the Thai general who might proceed to be delegated as King Rama I.

Then, continue to Temple of the Reclining Buddha (Wat Pho). Wat Pho is the most popular for the enormous Reclining Buddha statue it houses. Covering 20 sections of land, it is the biggest Wat in Bangkok. It is actually the most seasoned as well, as it was worked around 200 years previously Bangkok turned into Thailand's capital. It holds the double respects of having both Thailand's biggest leaning back Buddha image and the biggest number of Buddha images in Thailand.

Stop at a local restaurant to enjoy an afternoon. Afterward, pay a visit to Chinatown. Spend some time exploring Chinatown and all of its unique shops. The sights, sounds and scents of Chinatown are an ambush to the faculties’ visitors should be readied. Because of the blend of Chinese and Thai cultures this area is unique and fascinating.

Conclude your tour back in the Bangkok city area at your hotel around 3pm.

Confirmation will be received at time of booking.
Infants must sit on laps.
Not wheelchair accessible.
Infant meals not included.
A maximum of 10 people per booking.
The Grand Palace with The Temple of the Emerald Buddha is Thailand's most sacred site. Visitors must be properly dressed before being allowed entry to the temple. Men must wear long pants and shirts with sleeves (no tank tops. If you're wearing sandals or flip-flops you must wear socks (in other words, no bare feet.) Women must be similarly modestly dressed. No see-through clothes, bare shoulders, etc. If you show up at the front gate improperly dressed, there is a booth near the entrance that can provide clothes to cover you up properly.
Most travelers can participate.
You are requested to mention your Bangkok pick up hotel name and address at the time of booking..
This is a private tour/activity. Only your group will participate.
Face masks required for travelers in public areas.
Face masks required for guides in public areas.
Hand sanitizer available to travelers and staff.
Social distancing enforced throughout experience.
Regularly sanitized high-traffic areas.
Gear/equipment sanitized between use.
Transportation vehicles regularly sanitized.
Guides required to regularly wash hands.
Regular temperature checks for staff.
Temperature checks for travelers upon arrival.
Paid stay-at-home policy for staff with symptoms.
Contactless payments for gratuities and add-ons