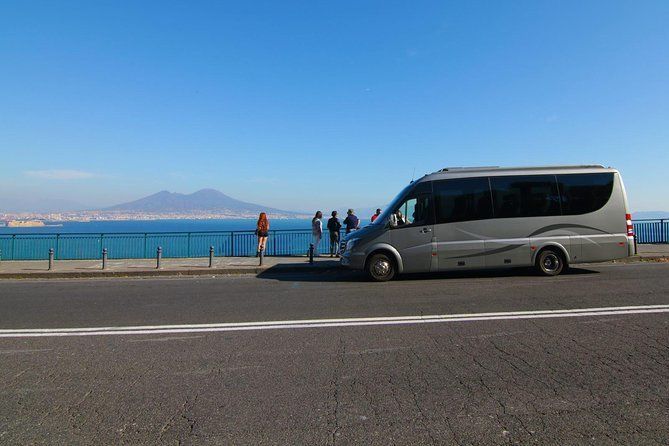 Enjoy a full-day walking tour of Naples and explore the beauties and mysteries of this legendary city. Led by a knowledgeable and professional guide, walk along the famous streets  passing by the main churches and famous alleys. Enjoy your pizza lunch in a local Pizzeria.

Enjoy a full-day walking tour of Naples and explore the beauties and mysteries of this legendary city. Led by a knowledgeable and professional guide, walk along the famous streets  passing by the main churches and famous alleys. Enjoy your pizza lunch in a local Pizzeria.

Naples Cathedral is a Roman Catholic cathedral, the main church of Naples, southern Italy, and the seat of the Archbishop of Naples. It is widely known as the Cattedrale di San Gennaro, in honour of Saint Januarius, the city's patron saint.

San Gregorio Armeno ("St. Gregory of Armenia") is a church and a monastery in Naples, Italy. It is one of the most important Baroque complexes in Naples. The church is located on a street of the same name just south of Via dei Tribunali and a few blocks south of the church of San Paolo Maggiore, Naples

Gesù Nuovo is the name of a church and a square in Naples, Italy. They are located just outside the western boundary of the historic center of the city.

The Royal Palace of Naples is a palace, museum, and historical tourist destination located in central Naples, southern Italy.

Stop At: Galleria Umberto I, Via San Carlo, Naples Italy

Galleria Umberto I is a public shopping gallery in Naples, southern Italy. It is located directly across from the San Carlo opera house. It was built between 1887–1891, and was the cornerstone in the decades-long rebuilding of Naples — called the risanamento — that lasted until World War I.

Confirmation will be received at time of booking.
Children must be accompanied by an adult.
Vegetarian option is available, please advise at time of booking if required.
If you suffer from a food allergy or intolerance, please advise the tour operator.
A dress code is required to enter places of worship and selected museums. No shorts or sleeveless tops allowed. Knees and shoulders must be covered for both men and women. You may risk refused entry if you fail to comply with these dress requirements.
May be operated by a multi-lingual guide.
This tour/activity will have a maximum of 28 travelers

Loved the tour. My only wished was that we started earlier as to avoid the morning traffic into Naples from Sorrento or lasted longer, like included dinner to get more of Naples city life.

The tour was good!

A very interesting tour of the centre Naples.

This tour was disappointing, although the tour guide and driver did an excellent job the tour itself covers the historical area of Naples which is interesting but not well looked after and covered in graffiti also staff at the coffee house we visited were the rudest people I had come across in Italy

Enjoyable tour that captured the chaos and passion that is Naples.

Perhaps devoting more time to the Capella Sansevero instead of the Santa Chiara church would be a better option. But other than that, the day was agreeable.

The driver was amusing and the guide was very accomodating.

I took the pricey Eat Pray and Love Naples: Day Trip from Sorrento on April 28, 2016. I was disappointed. The food was average and the religious sites disappointing.

I would rate this day trip as two stars.

On previous visits I had great day trips to the Archaeological museum including the Naples Funicular, a Caserta Palace trip, and a trip to the Solfatara at Pozzuoli.

Glad I did this trip as it gave you a good flavour of what Naples was like. I was then glad I had chosen to stay in Sorrento and just visit Naples as it was like most large cities very run down, full of construction and very busy.