Audioguided visit of the Louvre Museum and cruise ticket

Get your ticket to the Louvre Museum and a 1-hour commented cruise on the Seine river. 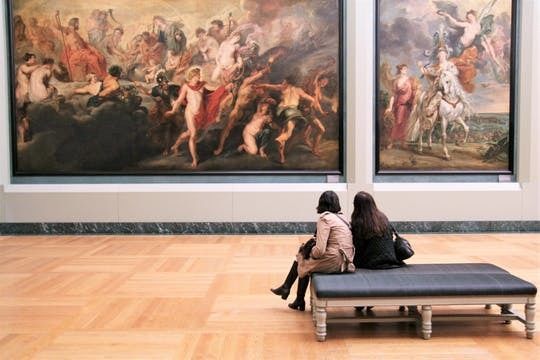 Audioguided visit of the Louvre Museum and cruise ticket

Get your ticket to the Louvre Museum and a 1-hour commented cruise on the Seine river.

Found right in the heart of Paris, formerly a royal palace, the Louvre has become one of the world's largest and most visited museums. It's packed with masterpieces from different periods such as Ancient Egypt, the Middle Ages, and the Renaissance. Listen to your audioguide containing recorded commentaries about the museum's greatest works, and a route map suggesting various possible itineraries to help you organize your tour. Walk around and take in major works including the Venus de Milo, the Coronation of Napoleon I and Leonardo de Vinci's Mona Lisa.

Top off your day with a 1-hour cruise on the Seine and see the most iconic monuments of Paris by the river.

The staff were very helpful and set up the audio guide for me. The tour began in the Tuileries garden and finished in the Louvre. I was provided with ear phones and the guide was easy to use and easy to follow. For me, it made the visit to the Louvre a more structured and enjoyable experience.

all according to the program.clear explanations, simple to use audio guide system.recommended to see and understand a basic path of the exhibited works.

The booking took only a few minutes. It was easy to complete