Familiarize yourself with the history and culture of Ho Chi Minh City on a 4-hour tour. Enjoy seeing a selection of the main sights and learn about the past and present of the area. Choose from a morning or afternoon tour, each with its own unique route. This half-day tour is the perfect activity to capture a glimpse of the historic landmarks and sites of Ho Chi Minh City such as the Reunification Palace, the War Remnants Museum, Notre Dame Cathedral, Emperor of Jade Pagoda, Ben Thanh Market...

Familiarize yourself with the history and culture of Ho Chi Minh City on a 4-hour tour. Enjoy seeing a selection of the main sights and learn about the past and present of the area. Choose from a morning or afternoon tour, each with its own unique route. This half-day tour is the perfect activity to capture a glimpse of the historic landmarks and sites of Ho Chi Minh City such as the Reunification Palace, the War Remnants Museum, Notre Dame Cathedral, Emperor of Jade Pagoda, Ben Thanh Market... 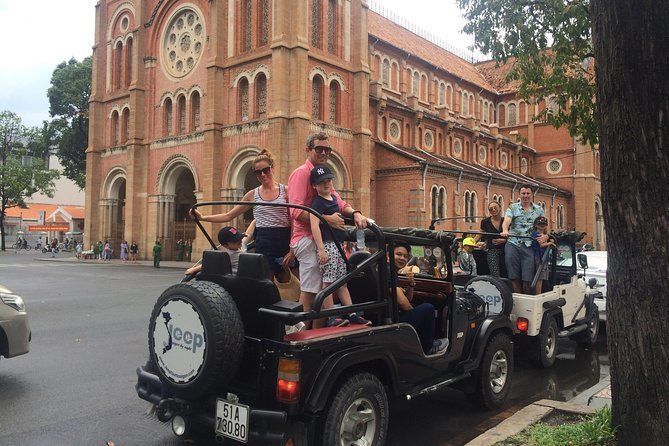 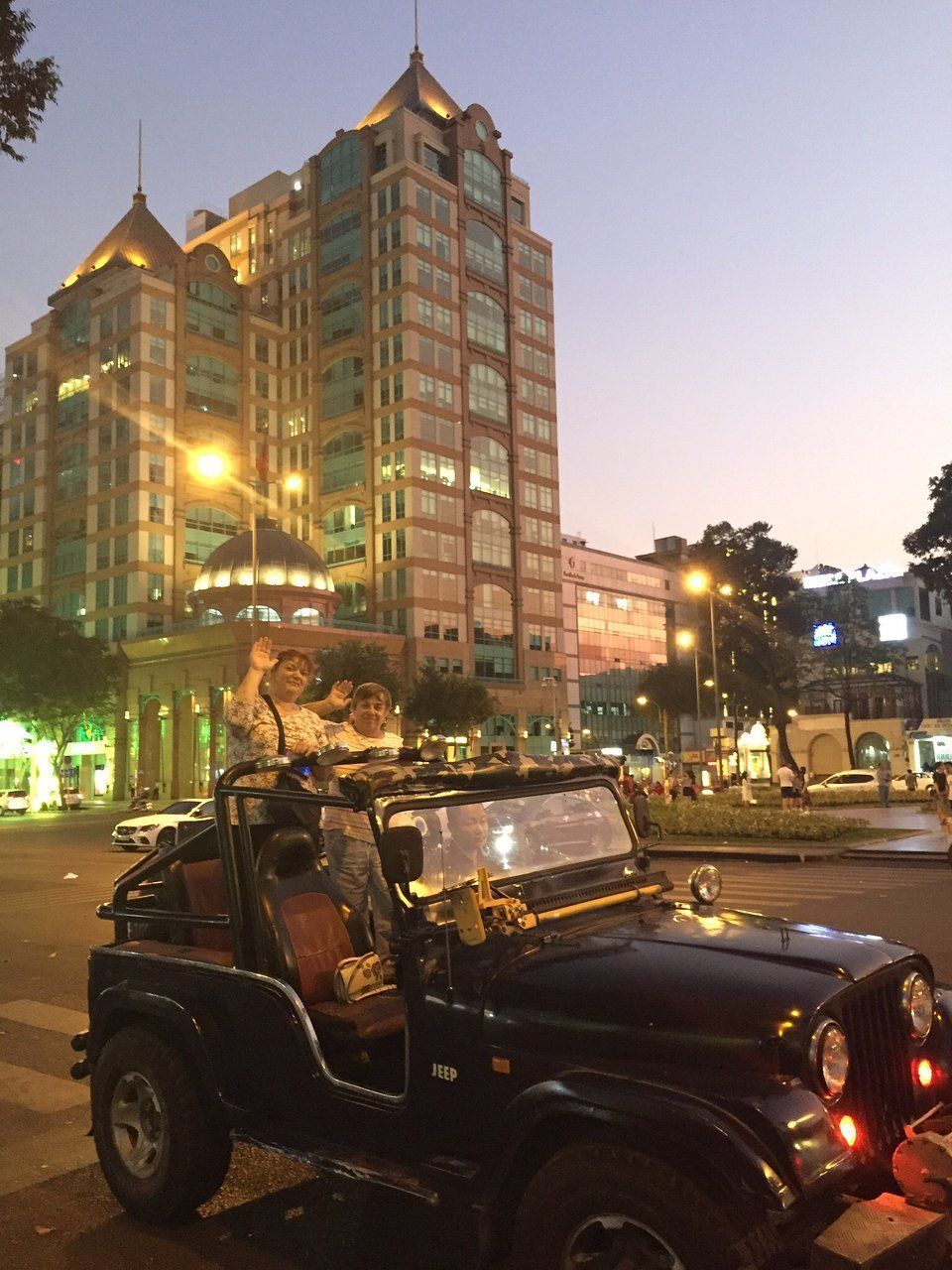 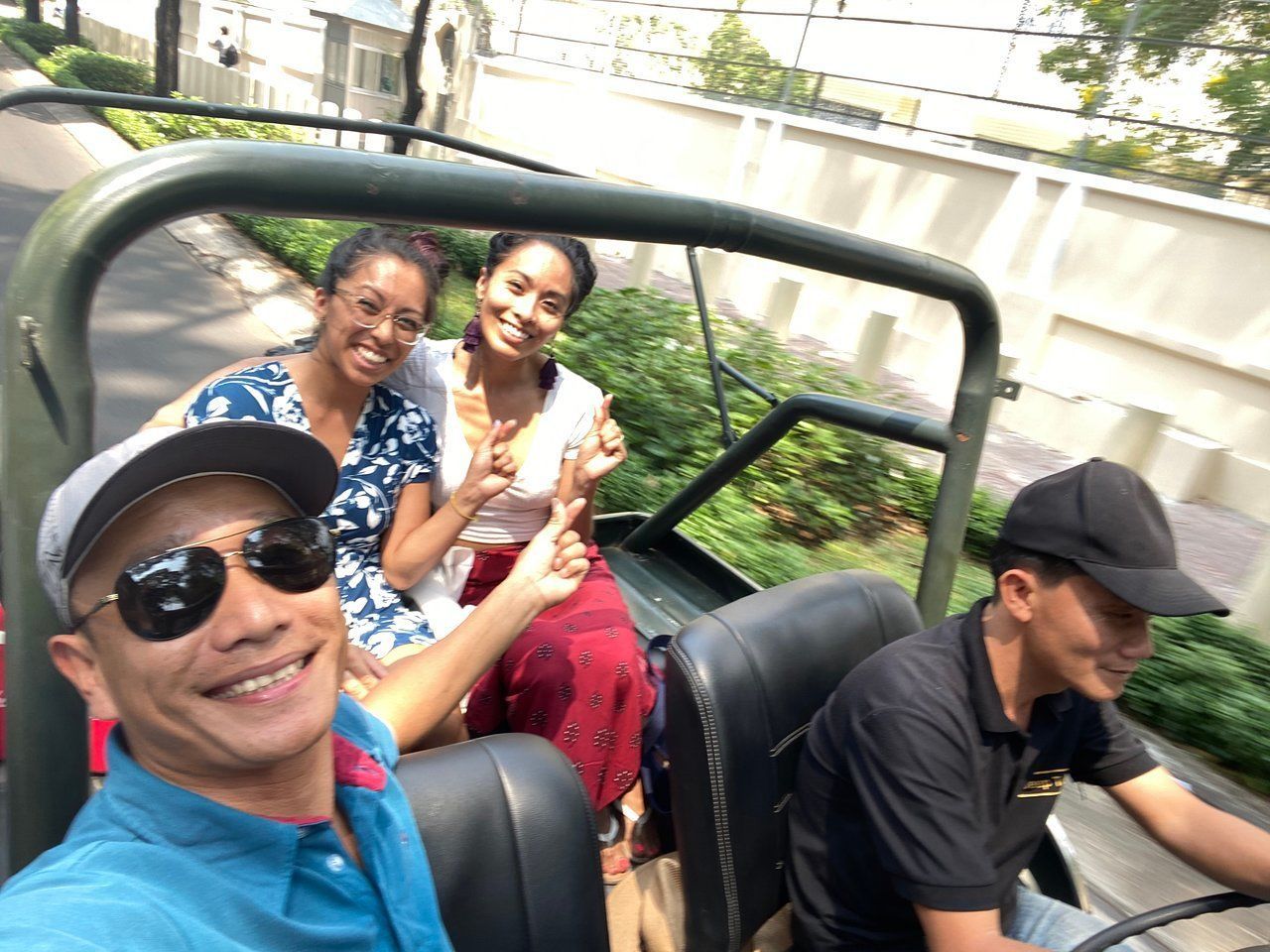 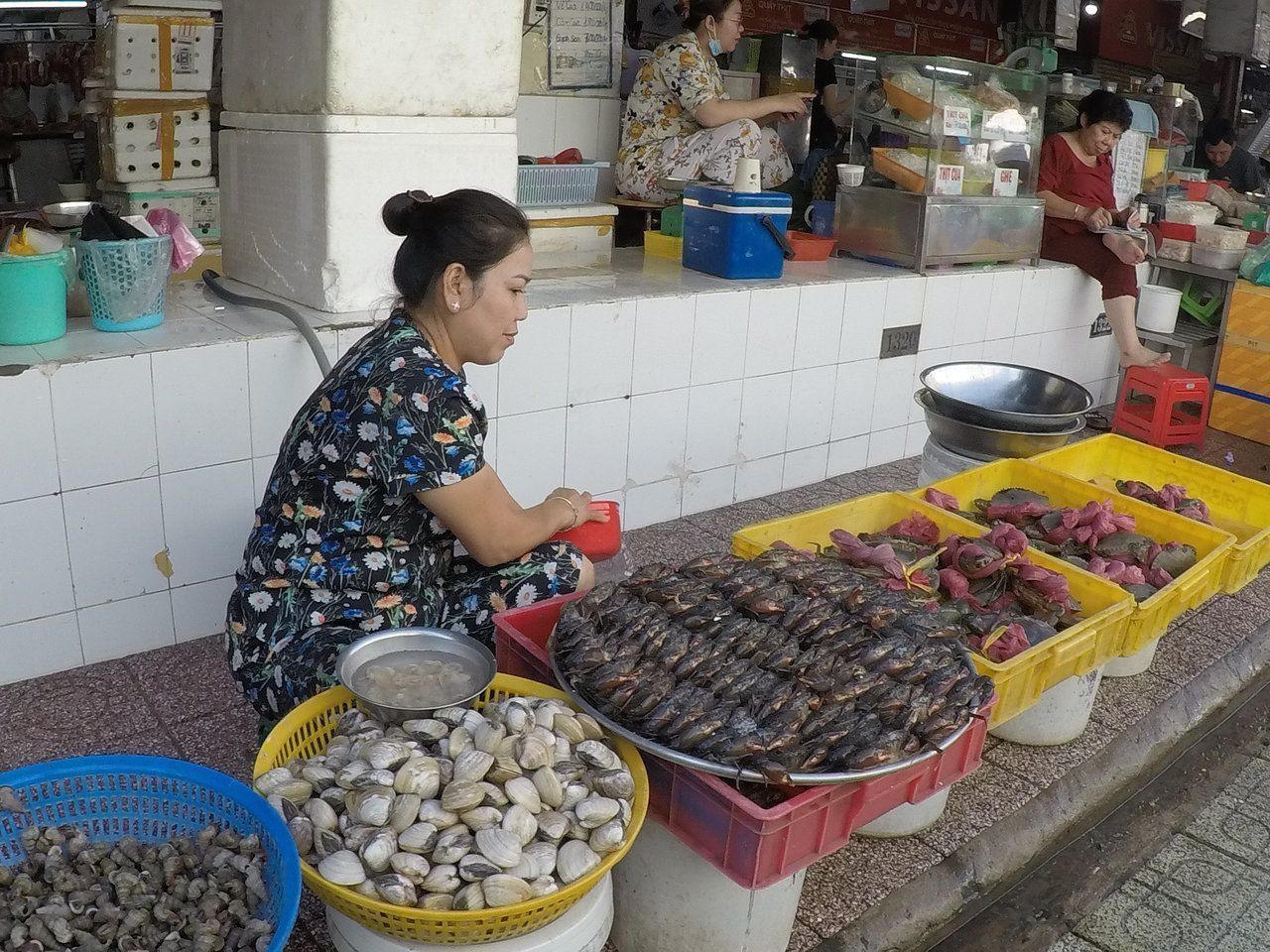 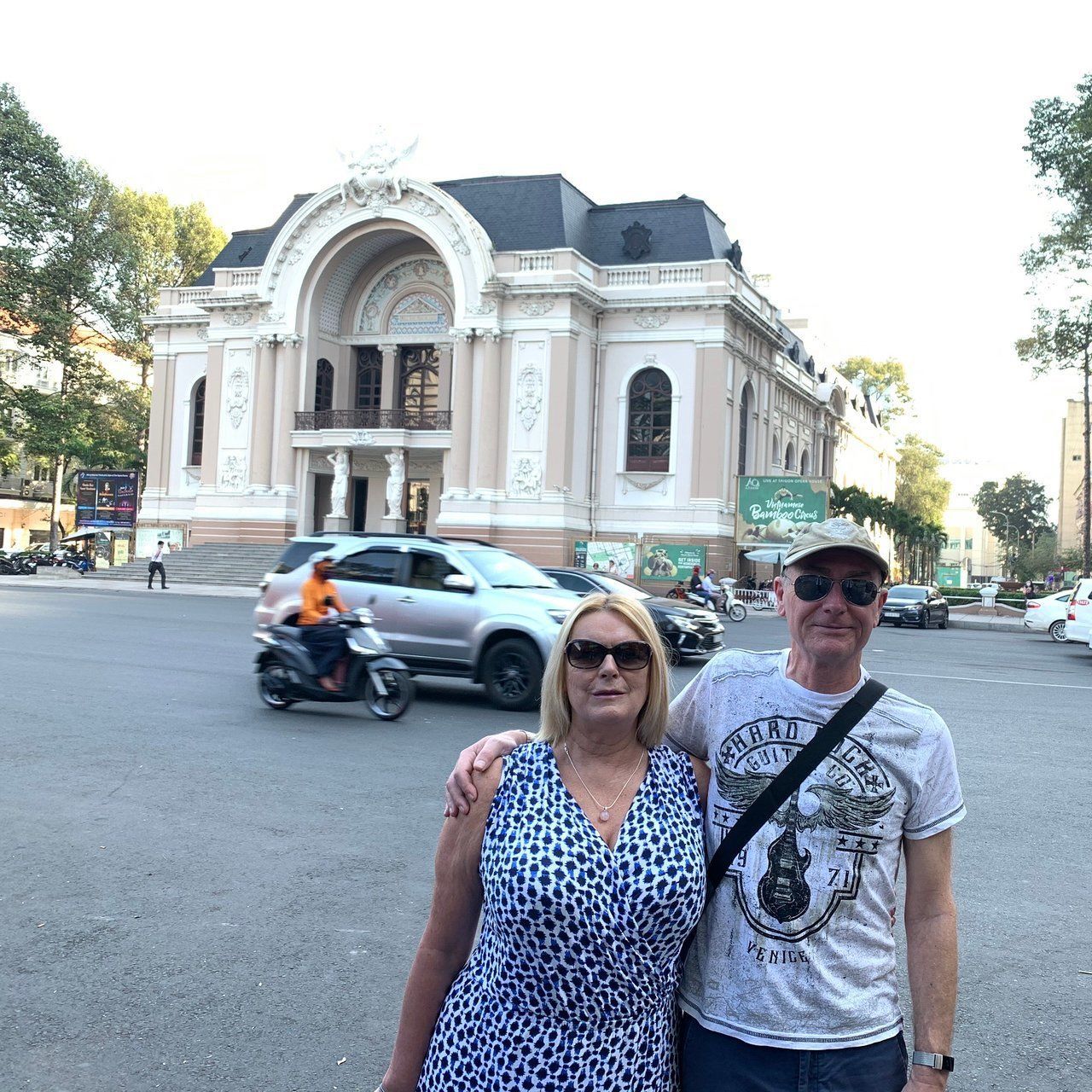 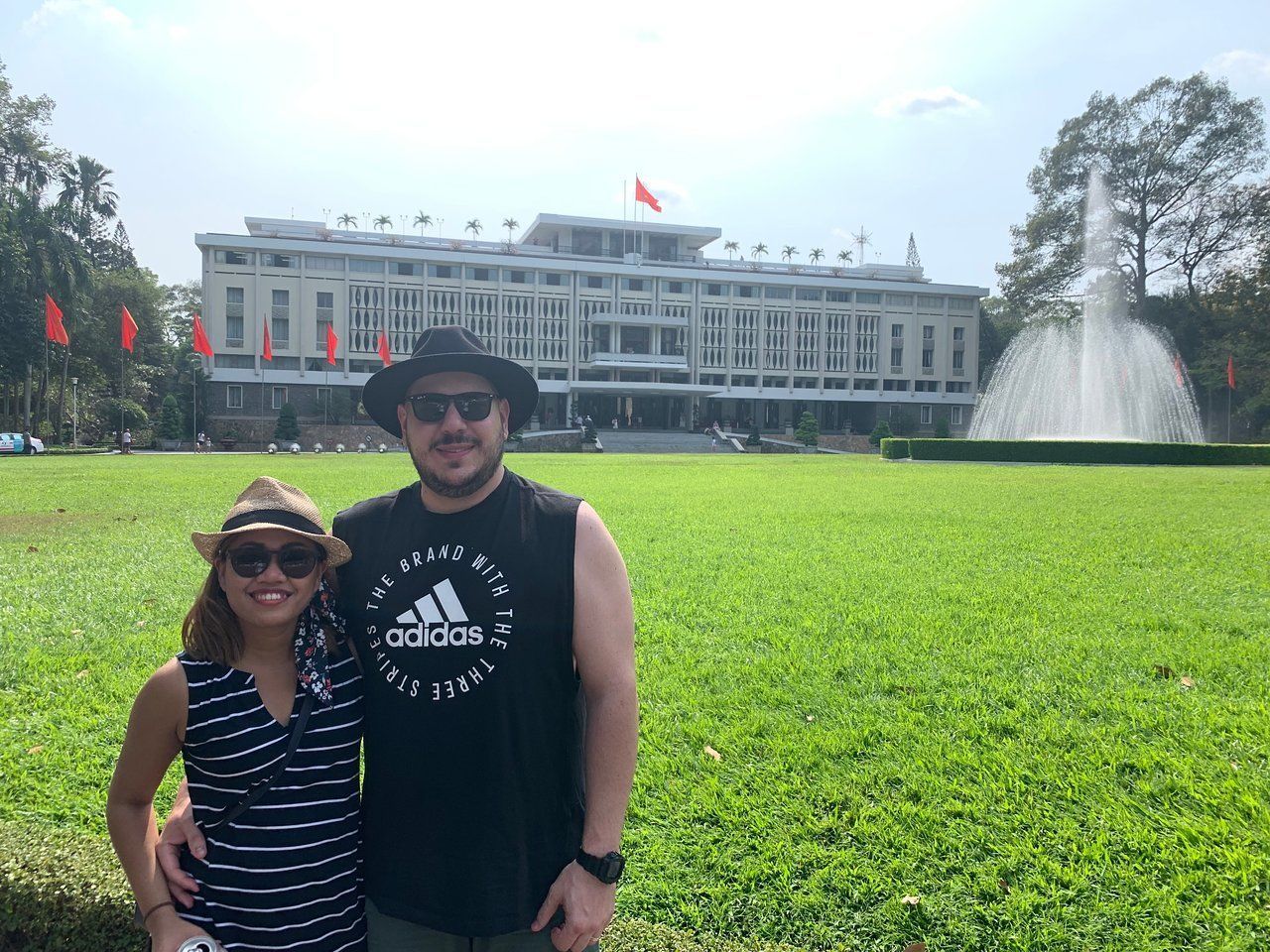 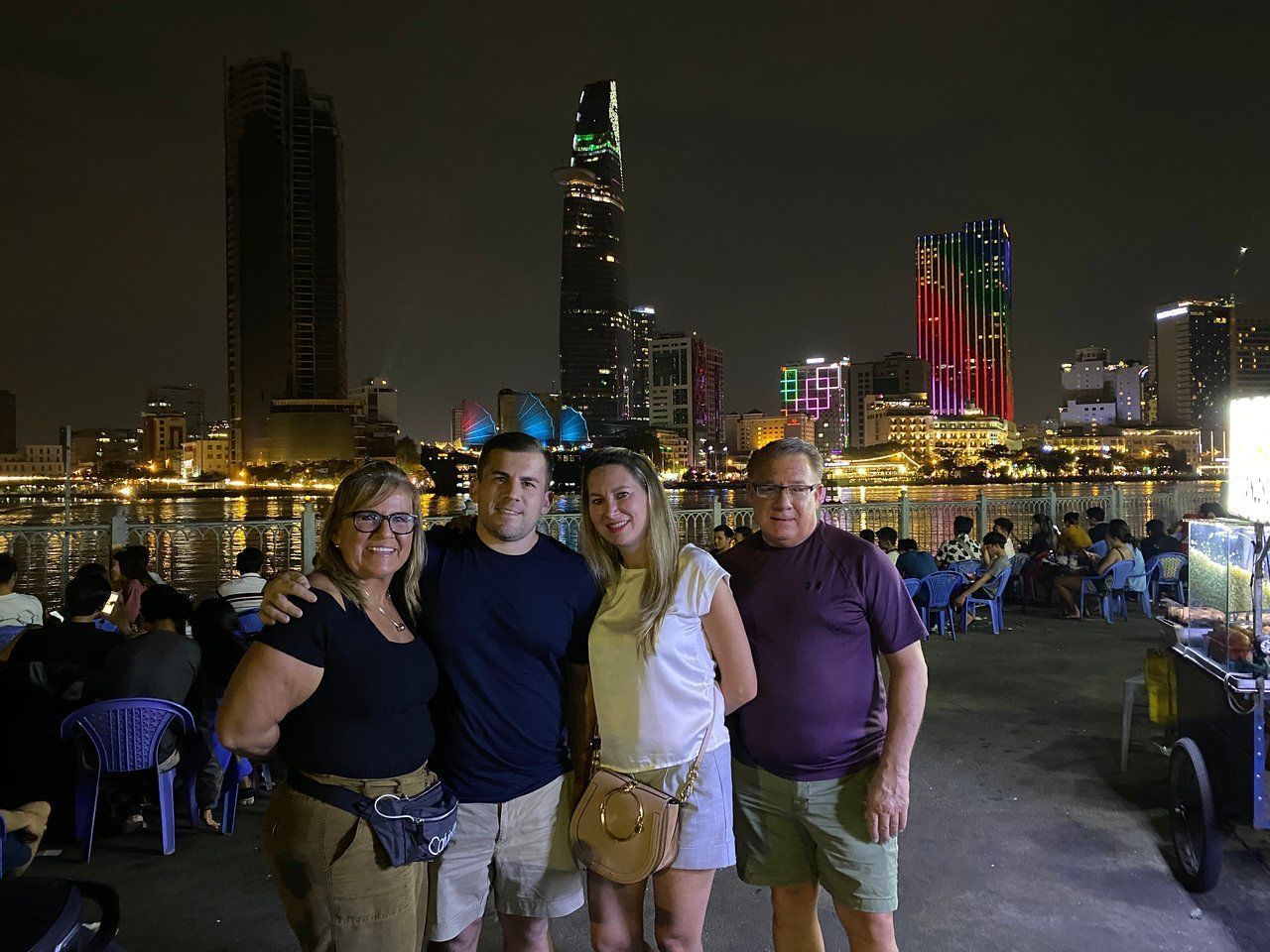 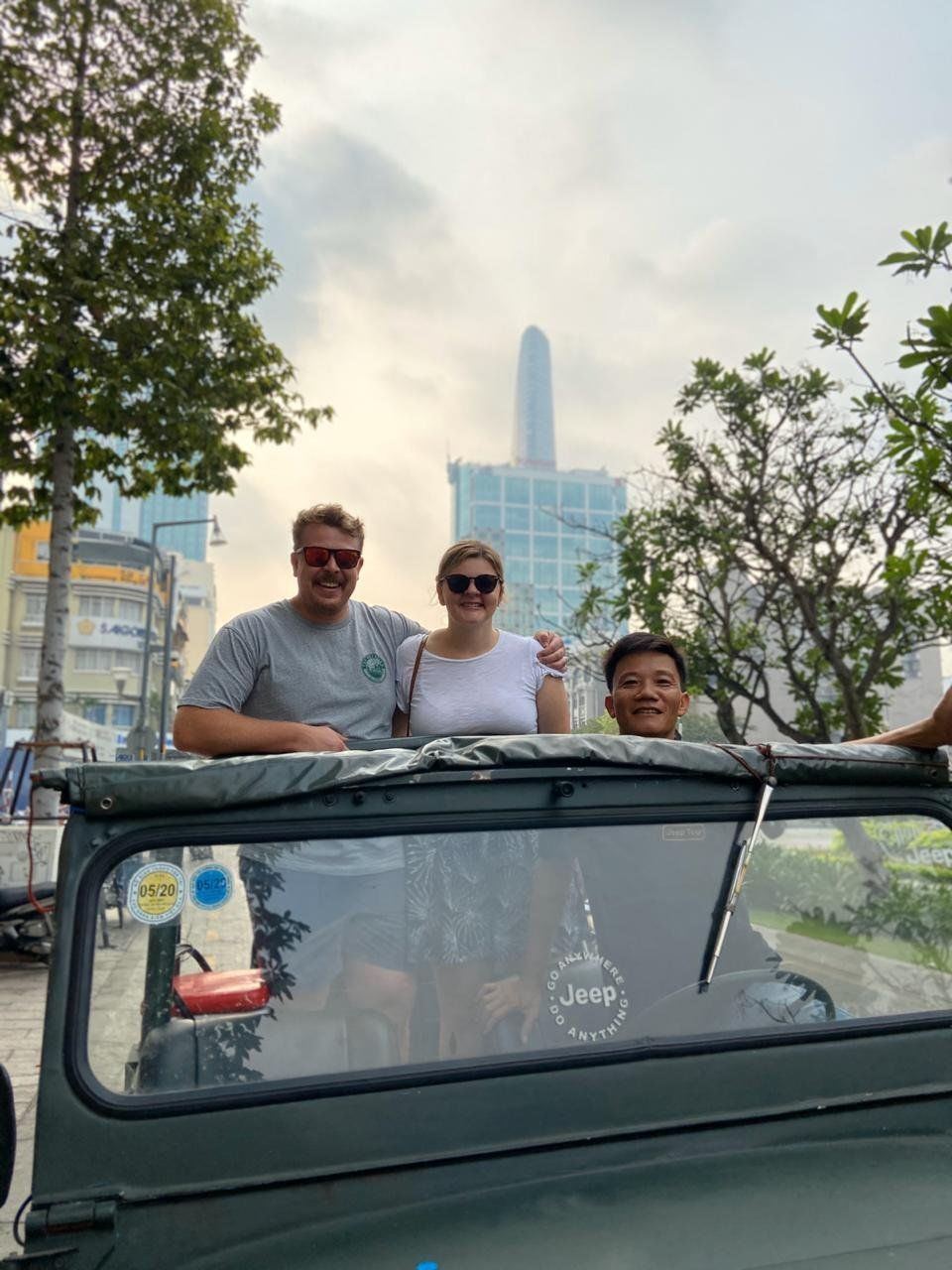 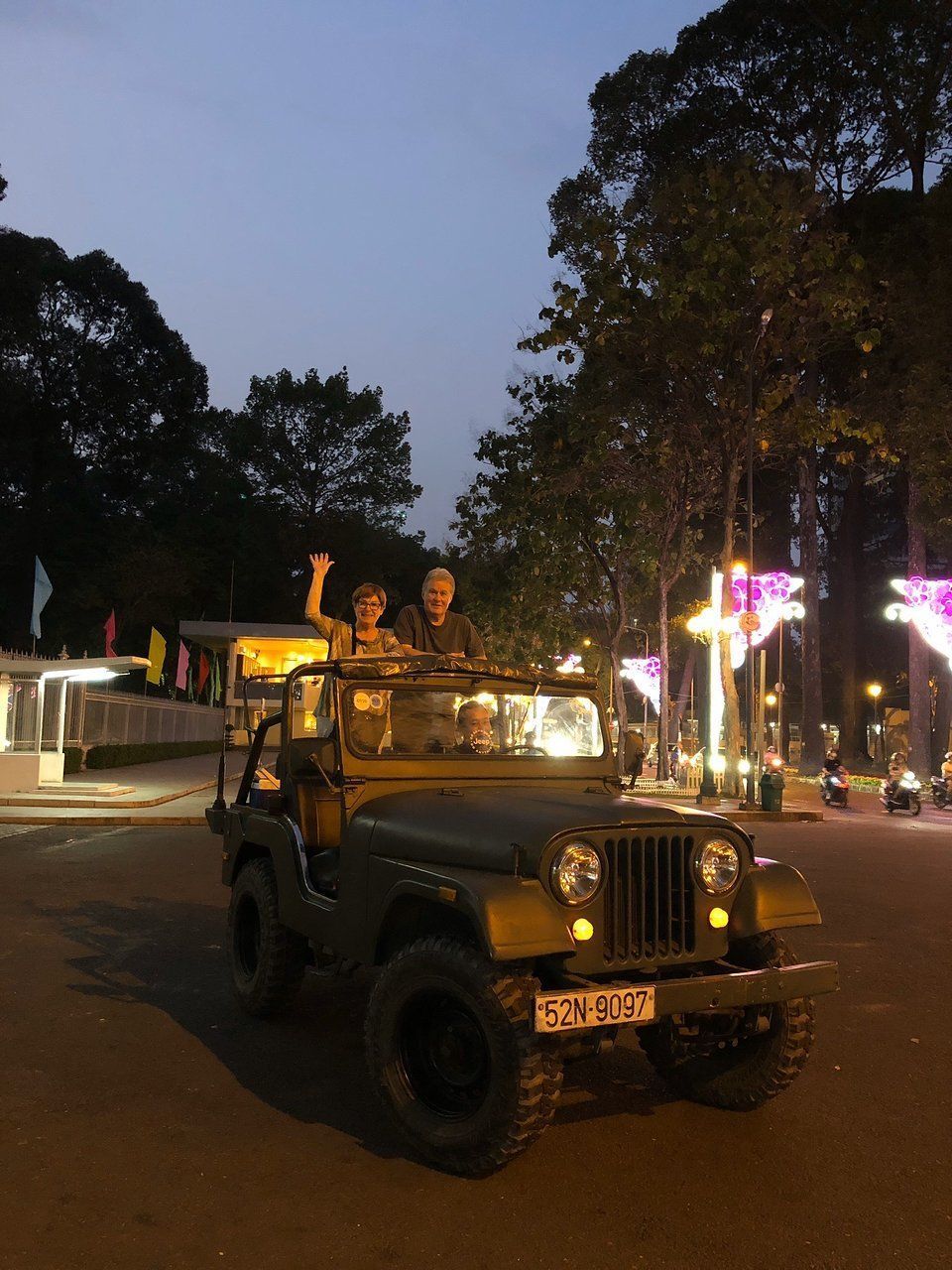 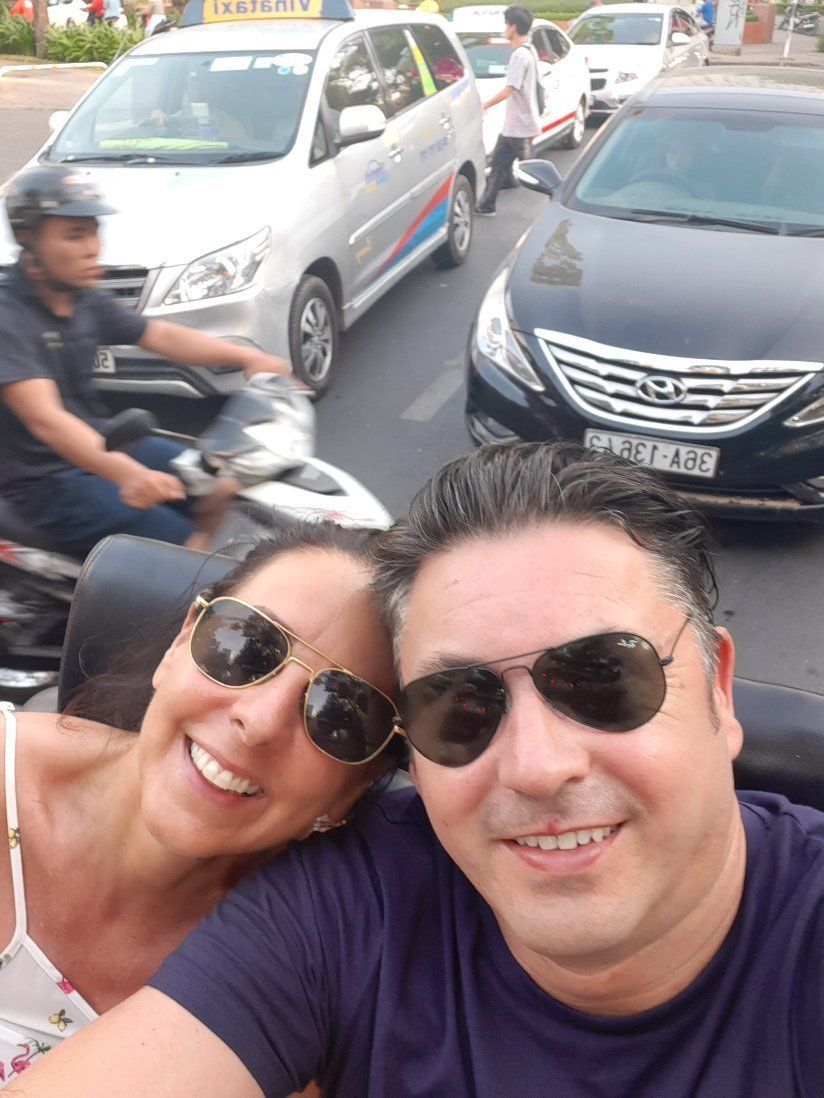 A vibrant metropolis, SAIGON teems with energy, activity and motion. Everywhere you look, you see the meeting of traditional and modern life. The emerging modern skyline stands cheek by jowl with colonial buildings and traditional temples. Outside on the streets, young professionals zip by on motorbikes, chatting on cellphones; inside the quiet temple courtyards, worshippers pray amidst clouds of incense.

Begin your tour into modern history with a tour of the REUNIFICATION PALACE. Formerly the Independence Palace of the South Vietnamese president, this 60s style building was famously stormed by tanks on April 30, 1975 signifying the fall of South Vietnam. It has been preserved in its original state, and the original tanks remain on display near the entrance gates.

Afterwards driving to the historic center to visit EMPEROR OF JADE PAGODA, one of Saigon's most interesting pagoda. Proceed to pay a quick visit to the neo-Romanesque NOTRE DAME CATHEDRAL and the CENTRAL POST OFFICE. Pass by the classic European-style landmarks such as the ornate CITY HALL (HOTEL DE VILLE), the old OPERA HOUSE (both may only be viewed from the outside).

After this historical visit continue to the WAR REMNANTS MUSEUM where exhibition halls display imagery of both the French and ‘American’ wars.

Finally, end up at the central BEN THANH MARKET, where vendors display a vast array of goods and handicrafts, appealing to every taste.

Good overview of the city's high points. Knowledgeable and very nice guide. Vehicle is not the most comfortable to jump in and out.

We were picked up in the jeep by the driver and our guide King Kong on time. The jeep was lovely and we felt quite safe. Nice and cool whilst driving along as it was hot and humid. Bottled water and my husband had beer. We stopped off at different sights: independence Palace, the Post Office, Notre Dame and the War Remnants Museum. King Kong was an excellent guide. Spoke excellent English and was a really nice guy. Explained about the history of Vietnam and was very knowledgeable. We were then dropped back to the hotel. Would definitely recommend

The diver and guide were decent enough although the driver didn't speak much English. The guide was friendly and informative. The places that we toured were all right. We went to the War Remnants Museum, drove by Notre Dame which was under construction and stopped at the Old Post Office building. The Jade Emperor Pagoda was nice. We ended our tour at Ben Thanh market. It was not an extensive tour and lasted about 3.5 hrs. We paid USD108 for this tour. That's pretty expensive for just driving around District 1. I think we could have used Grab and saved a bunch of money. The jeep was a nice touch but since it's an old military style model, getting in and out was quite difficult, especially on our knees! This tour was not value for money. I wouldn't recommend it.

Such fun! Windy was an excellent guide...very knowledgeable and so friendly! Her on goal was to keep us smiling and she managed that very well! In fact, I’m still smiling!

We had a brilliant tour with This company. We had some delicious Vietnamese food in 2 different restaurants and we went to some off the beaten track sights. Our guide Windy was fantastic. She was very knowledgeable and spoke perfect English. Our driver navigated skillfully around the many scooters. I would recommend this tour to everyone.

We were so impressed with our tour guide Nina.She was very informative and knowledgable about the history of HCM city. We had a lot of fun on the jeep and felt very safe. Highly recommended.

It was a good tour to visit city attractions if you are short of time . It covers almost the main attractions in the city . Open jeep gives you a feeling of exploring the local streets too.

Enjoyed visiting the War Remnants Museum and Reunification Palace. Only had an hour to see the museum and could have spent most of a day. Would have liked to spend less time at other places (like the market) to spend more time here. But it was only a half day tour so difficult to get it all in. Our tour guide, Max, and our driver were very nice and informative.

My partner and I had a very enjoyable and informative tour with Sugar. It was fantastic to drive around Saigon in an open air Jeep and check out some really iconic tourist attractions. Sugar was was friendly and knowledgeable. I would highly recommend this tour. Thank you Sugar!

We had a really lovely time with our guide Rohan! He was very knowledgeable and had great energy the whole trip. There were a lot of things my sister and I wanted to see while in Ho Chi Minh City, but we had very limited time - so this tour was perfect! One thing was I wish we had asked for more time at the War Remnants Museum, so would recommend taking at least an hour here if possible! Or even coming back another time since admission is not that expensive. Overall would recommend the tour for those who are on a time constraint but would like to see a lot of the main sights! We had a lovely time driving around the city with Rohan.

We had a fantastic 4 hours with Alex. He was knowledgeable and excellent tour guide. He took us to some interesting culture sights, french colonial and war remnants museum. Thanks again for the great afternoon.

Great tour, a must do! Seeing the sights and sounds of the city from the Jeep was a amazing experience. Our tour guide Rohan Nghia was informative and made the tour interesting.

This morning we experienced a really great tour with Rohan Nghia we visited the Reunification Palace, War Museum, Notre Dame Cathedral, an indoor market, the famous central post office where we met the famous translator, Duong Van Ngo who recently appeared on a UK Television show. Rohan gave us a new insight in looking at many of the sites and made it interesting & enjoyable. Worth every penny.

This is a must do tour. Great way to visit the main sites and experience the traffic safely. Thank you to our amazing guide Vincente who gave us great English commentary and to Cuong who made sure we were safe and fully supplied with cool water.

Really enjoyed tour with our guide John. He was very nice and could speak excellent english. We felt safe and it was fun weaving through the traffic. Highly recommended

Just finished an open jeep tour round Saigon with our expert guide Sugar. Only arrived in Saigon yesterday and it was a great way to explore Saigon and find out more about history of Saigon from our expert guide. Really recommend this trip.

Excellent tour and the best tour guide . Tour guide Larry is Very Knowledgeable friendly and courteous. I would strongly recommend this tour to everyone. I10 star to Larry .

Sugar was very good. He is knowledgeable and speak English fluently. Would definitely hang with him again for a tour. Very easy going, we have a great time and he took great pictures! Great find, considering I only book this tour a night before.

The Jeep tour was very unique and a great way to see the city! The restaurants and local spots would otherwise be impossible to experience as a fly by tourist. Plus it’s not too hot! Windy is an excellent tour guide who taught us a lot about the history of Saigon, the Vietnamese culture & cuisine! Thanks, Windy!!!

We had an amazing tour with Ana. She was friendly and enthusiastic. She shared alot of local culture and funny stories. We went to the war remnants musuem, reunification palace, jade pagode, market and thoroughly enjoyed our experience. Thank you Ana for great day

The tour guide was pleasant and knowledgeable. stops included Reunification palace, War Museum post office designed by Eiffel, local coffee shop specialty shop, and Lacquer Fabrication studio which used traditional method to make beautiful lacquer pieces. Opportunity for shopping If you want. Jeep was a fun way to get toured around. Not for the mobility impaired however.

We did jeep tour when my husband's friends been to Saigon. They picked us up at the hotel by our tour guide Brian. He was funny, outstanding and very informative. Jeep tour was perfect way for group to explore city. Hightly recommend

What an amazing experience and great team of employees that took us around. A lot of good places and a lot of good food!

That was a lot of fun, a great experience for us and the children. Our guide, Sugar, provided us with plenty of info about the sites and the city adjusting the schedule to our family needs. Definitely recommended if you are looking for a fun and efficient way to visit HCMC.

We had an amazing time on this tour but it was really all thanks to Helen who was so knowledgable and patient with our 100s of questions. A great way to see the city.