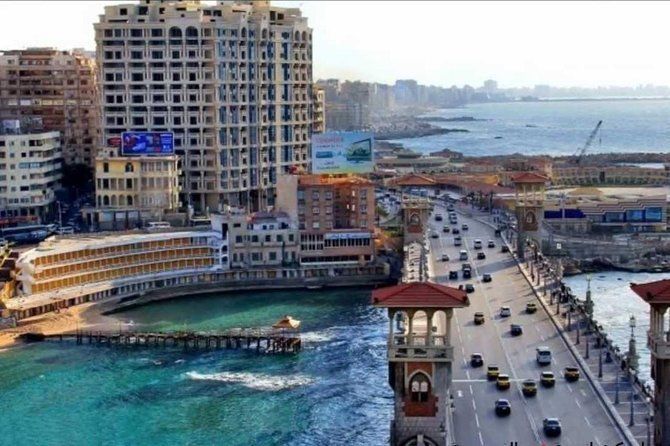 Day trip to Islamic and Coptic Cairo From Alexandria Port

Day trip to Islamic and Coptic Cairo From Alexandria Port

Go for a visit to the Hanging church, one of the most beautiful churches that was built in the 5th century. Consecrated to Virgin Mary, The church was built above one of the towers of the fort of Babylon. It has 110 beautiful icons and once was the seat of the Patriarch in the 14th century. Your guide will explain to you all about the church and its beautiful ceiling, screens of the altars, pulpit and all of its basic components.

After this impressive visit, move the Cavern church or the church of St Sergious and Bacchus. Thousands of visitors come annually to this church to visit the cave where Jesus the baby and Virgin Mary were hiding for 3 months. They stayed there during the journey of escape in Egypt. Go downstairs and make your wishes in the same place where the baby used to sleep and the mother used to stay and pray. Upstairs, look at the water well from which the holy family drank.

Ben Ezra temple is one among other 11 synagogues in Egypt and named after a merchant from Jerusalem called Ben Ezra. You will be given full history of the synagogue and the history, customs and traditions of the Jewish community in Egypt.

The next stop will be to the citadel of Saladin and the Alabaster mosque. Drive to the old section of Cairo where you will pass by the highest mountain in Cairo. The fort of Saladin was built on a cliff of this mount for protecting the city against the Crusaders.

In 1830 Mohamed Ali, the king of Egypt ordered to build the Alabaster Mosque inside the citadel. You will go inside the mosque to see its main components and learn about the Islamic pillars. Aside from its huge size and exquisite beauty, one of the beautiful elements of this mosque is that it has two identical slim minarets, top-covered with lead as the mosque domes and semi-domes. Enjoy the panoramic view of the city from the mosque, where you can see the Giza pyramids in clear days.

Another beautiful mosque is worth visiting, mosque of Ibn Tulun(866-869) is well-preserved with unique tower.

Confirmation will be received at time of booking.
The duration of transfers are approximate, the exact duration will depend on the time of day and traffic conditions.
This tour/activity will have a maximum of 15 travelers.
Face masks required for travelers in public areas.
Face masks required for guides in public areas.
Face masks provided for travelers.
Hand sanitizer available to travelers and staff.
Social distancing enforced throughout experience.
Regularly sanitized high-traffic areas.
Gear/equipment sanitized between use.
Transportation vehicles regularly sanitized.
Guides required to regularly wash hands.
Regular temperature checks for staff.
Temperature checks for travelers upon arrival