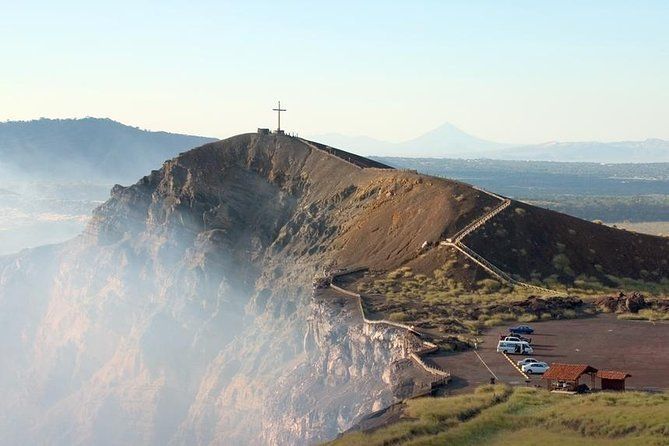 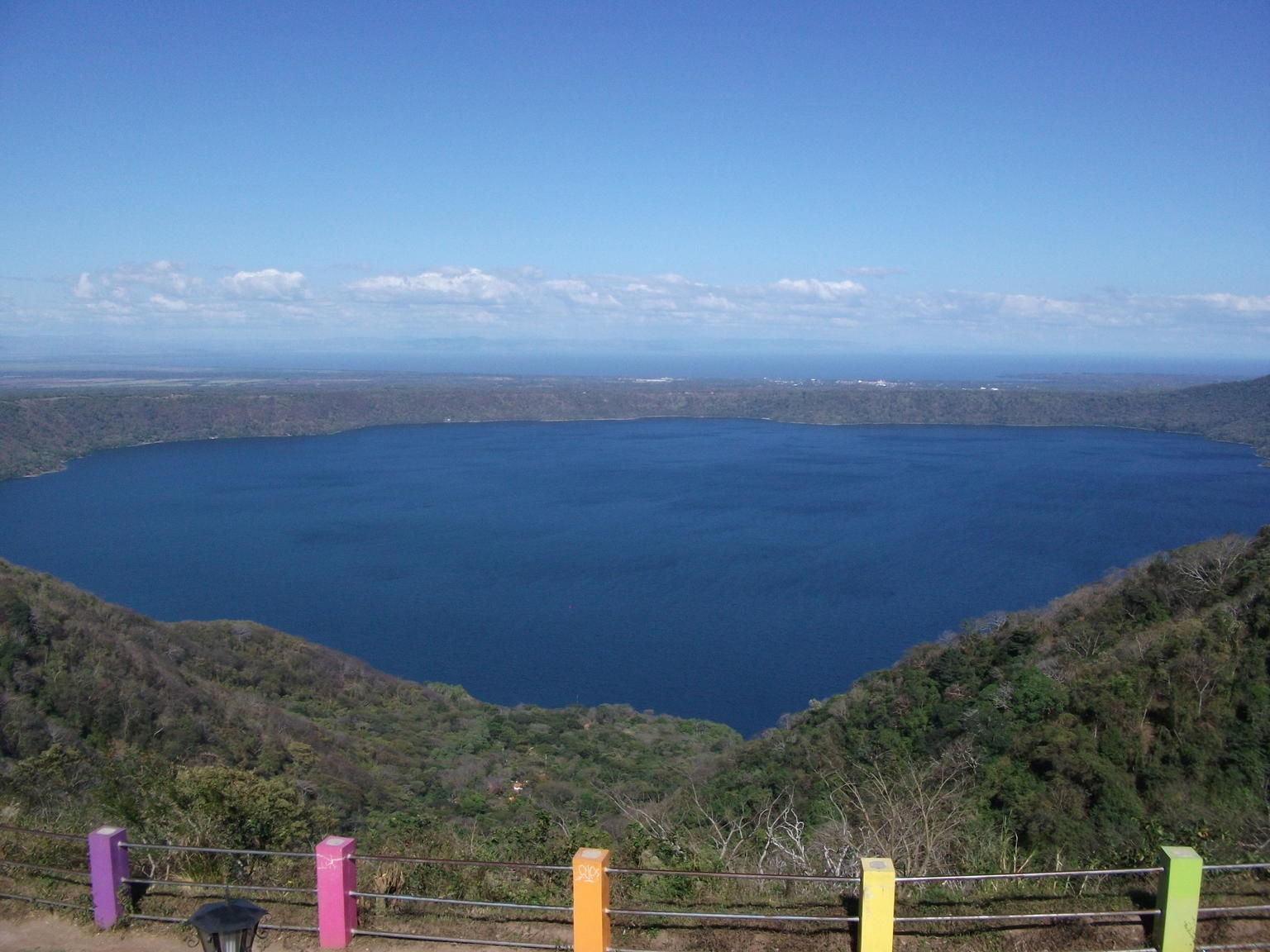 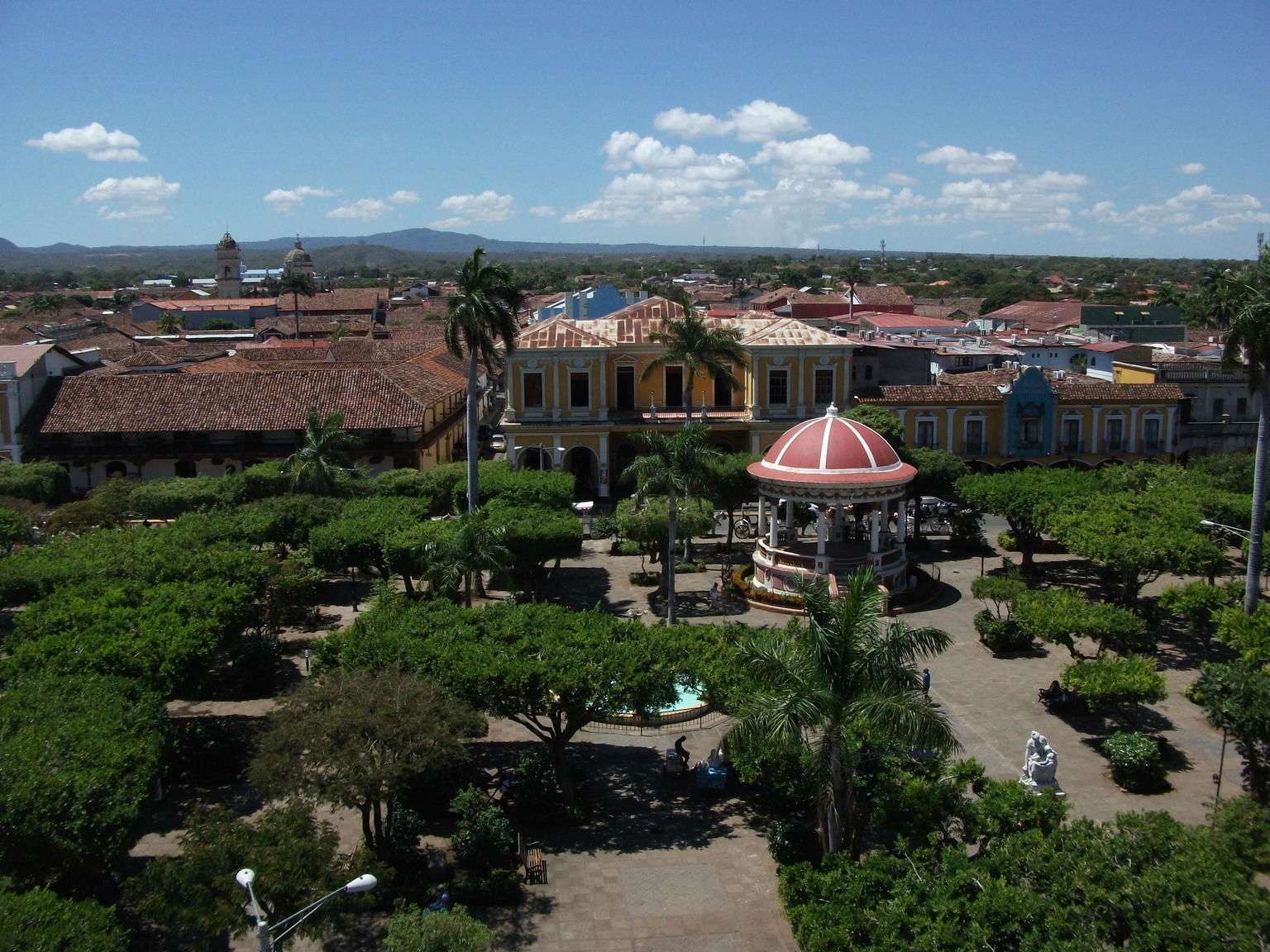 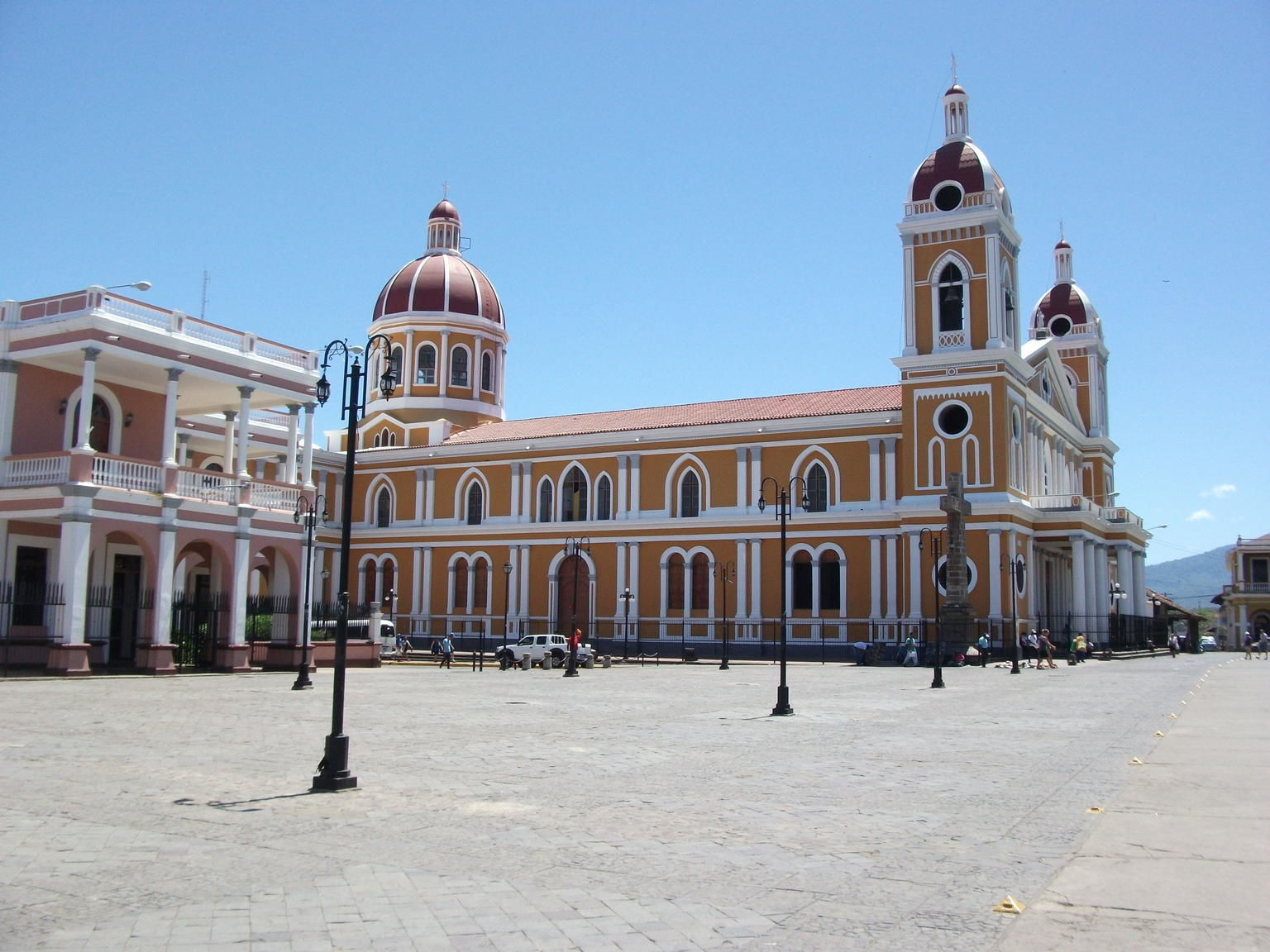 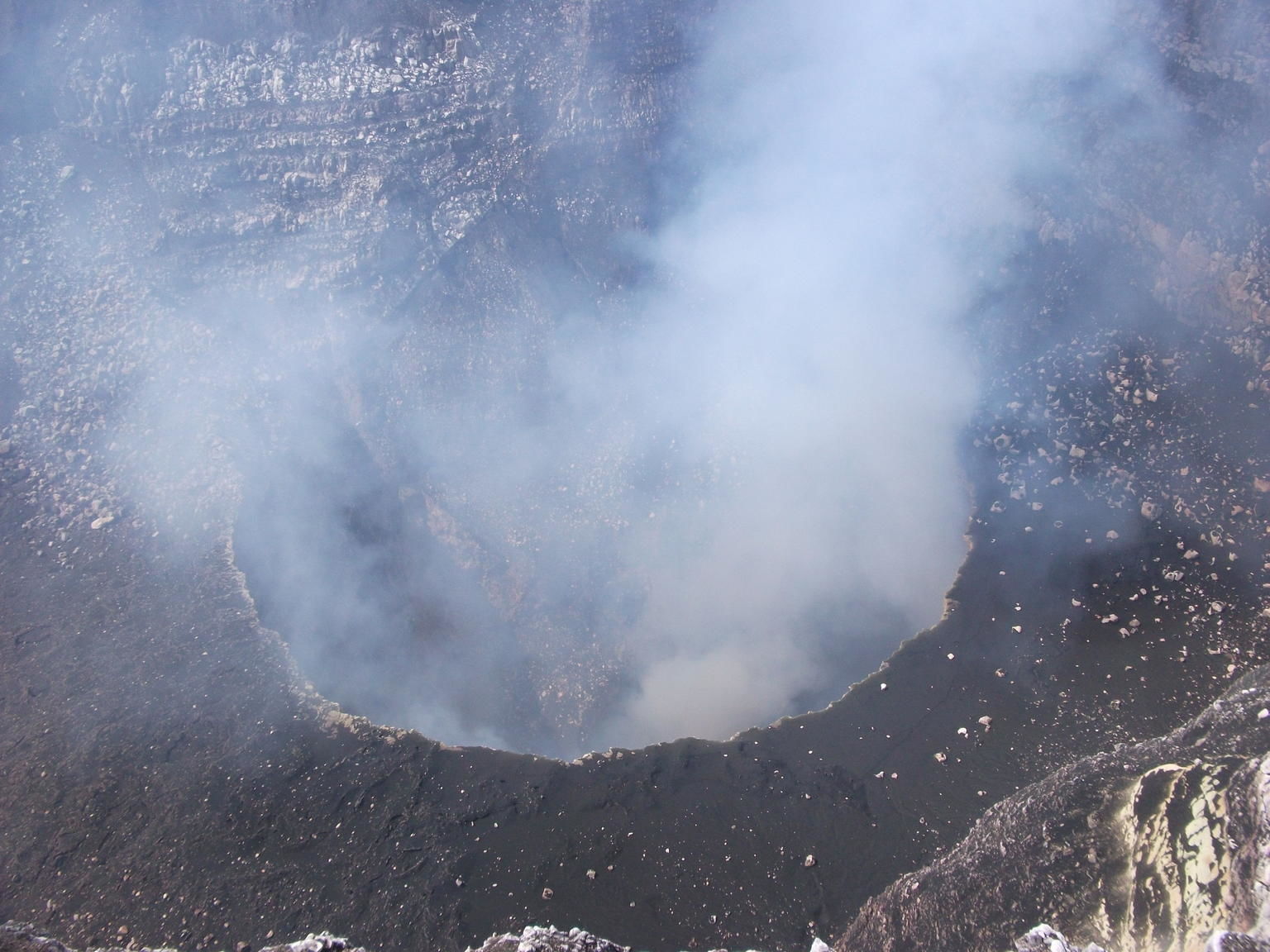 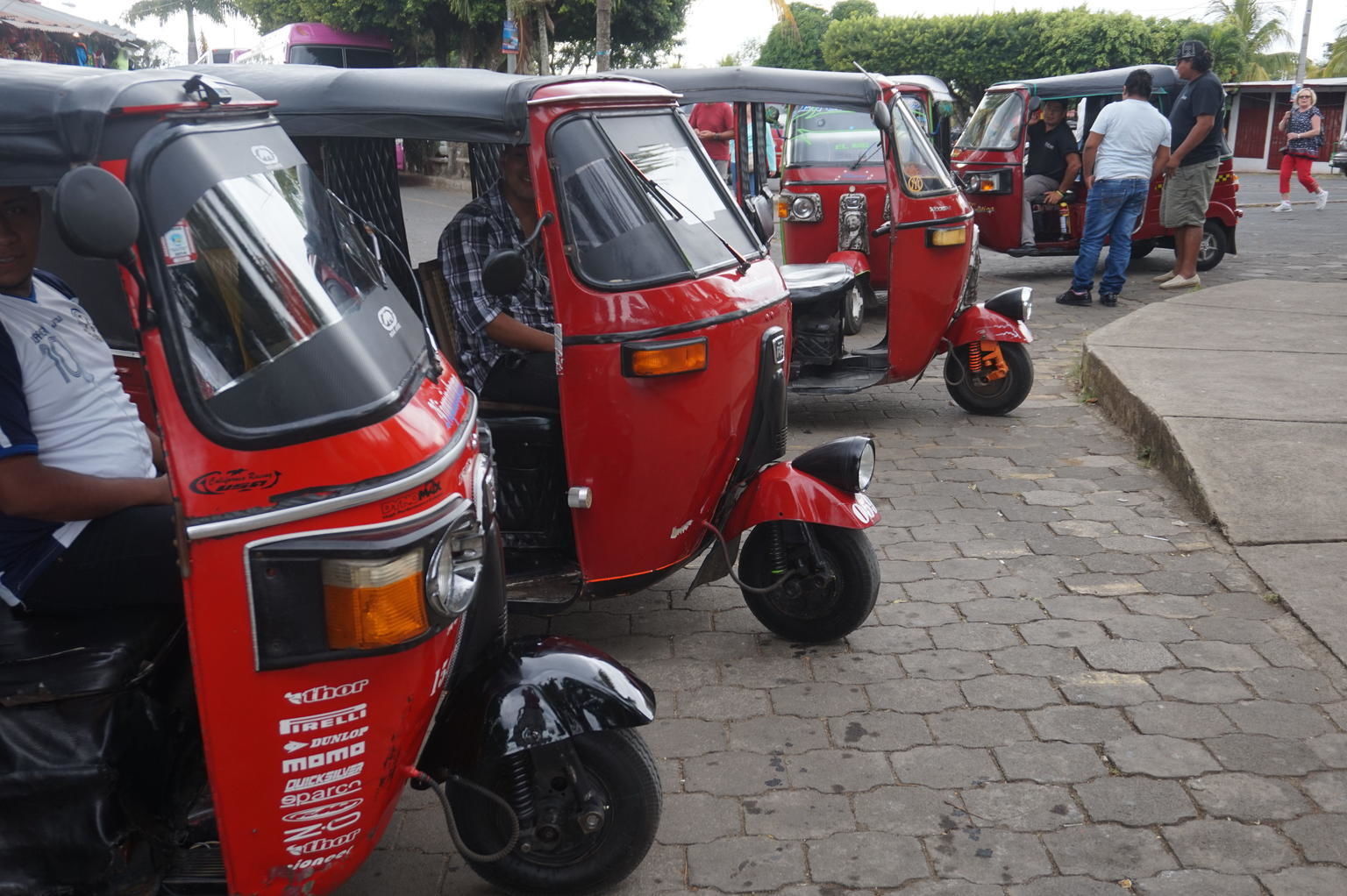 Day Trip to Granada, Masaya and Catarina from Managua

This complete full-day tour allows you to experience many of the breathtaking Nicaragua stops in one day. Our company adjusts to the measure and the time of the client, we show how to live the local people and different unique areas, with security and seriousness

This complete full-day tour allows you to experience many of the breathtaking Nicaragua stops in one day. Our company adjusts to the measure and the time of the client, we show how to live the local people and different unique areas, with security and seriousness

Day Trip to Granada, Masaya and Catarina from Managua

We will travel from Managua passing several places of interest on our way to the exuberant Masaya Volcano National Park, established in 1979 as the first national park in the country. 54 square kilometers of the park include two volcanoes, Nindirí and Masaya. Admire the majestic Santiago crater, one of the largest in the world, from the Masaya volcanic complex at a height of 2,083 feet (635 M).

After enjoying the National Park, we will visit the crafts market of the city of Masaya YOU CAN BUY A SOUVENIR OR TYPICAL REMEMBER

We will make a short stop to see the viewpoint of Catarina, have a unique view of the support lagoon, Lake Nicaragua, Volcán Mombacho, and the city of Granada, a place of peace and sustainable

Our trip continues in Granada, a permanent city in its original settlement. Known as the oldest city in America, it remains in the same motives of its original foundation built in 1524 by the Spanish captain Francisco Hernández de Córdoba.

Although the city was overwhelmed by pirates, destroyed during the civil wars and set afire by American filibuster William Walker in 1856, Granada remains today one of the most beautiful cities in Nicaragua.

You can visit interesting places and appreciate the beautiful architecture of the city.

Confirmation will be received at time of booking.
Infant seats available.
Children must be accompanied by an adult.
A minimum of 1 people per booking is required.
Not wheelchair accessible.
No heart problems or other serious medical conditions.
Most travelers can participate.
This experience requires good weather. If it’s canceled due to poor weather, you’ll be offered a different date or a full refund.
This is a private tour/activity. Only your group will participate

We booked this tour through Viator a few months in advance. The day we arrived in Managua, the political protests started to ramp up and we weren't sure if the tour guide would even show up. The wonderful owner of the Boutique Villa Maya stay there!! called up the number listed on the Viator reservation and confirmed that we could still go.

Annel picked us up right at 9 from our hotel and we were off. Annel was wonderful and went above and beyond what we were expecting. We headed off to the volcano very cool! and then were supposed to go to Masaya, but because of the protests there were street closures and the market in Masaya was closed.

Annel didn't skip a beat and improvised a new itinerary that was amazing! Instead of the Masaya market, we went to Abuela's on Laguna de Apoyo. The location was beautiful and we spent an hour or so just chatting, having some drinks and snacks and looking out at the lake. We had a wonderful time and are so glad to have been introduced to this gorgeous place! Then we headed to Grenada as planned. In Grenada, Annel showed us all the beautiful churches and other points of interest and took us on a boat ride to the Isletas. This was my favorite part! Do this! We floated through these tiny islands on a beautiful day - at one point a little monkey even hopped on our boat. I mentioned to Annel that I wanted to bring some rum and coffee back for gifts and he took us to a shop at the end of the day where I was able to get all of my souvenirs to take back!

Oh, and this tour also includes lunch of vigoron - it was delicious! Annel also grabbed some quesillos for us to try.

This tour was worth every cent. Annel took us all over for a full day and it felt like we were travelling with a friend. We enjoyed all of the outings and got to see, eat and experience SO much more than we would have on our own. Gracias, Annel!!

Paid USD170 for this tour but there was no English speaking professional guide--only a driver who could hardly speak in English. Instead of a minivan, it was just an old sedan. Pick up time in the ad is 8 am, but I was picked up at 9:30 am.

The good thing though was that I was able to request the driver to stop at certain locations for picture taking. I love the boat ride at Lake Managua. It was relaxing!

I was lucky to take this tour with another gracious guest who translated everything the driver was saying. He was so cool he even treated us to some refreshments in the afternoon! :-)

If you are in Nicaragua, this tour is a must!

Great day trip and Warner, the guide, was excellent - very friendly and nice. I had booked a solo tour but they e mailed me the night before to say another person would be joining us and this worked out as we all got on really well. Everything is nicely timed - not too long or too short in any one place. To me the boat trip was the highlight, which wasn't what I expected!

Fabulous day trip with Warner Castillo our driver/guide. Well worth the money and the peace of mind being with someone who knows where they are going and what special things to look out for. Thanks Warner.

Excellent overview of the area around the capital. Highly recommend the tour.

The guide was really nice and attentive. There was a misinformation on the pick up time, I was told 8am but in reality was 9am. So I had to make international calls to follow up and spend extra money to confirm they were still coming. Other than that I was pretty pleased, there was a few extra long stops, but overall if you don't have much time this is a good tour to take.

This tour covers a lot of ground and gives you an impressive experience into the country. The trip to the top of the volcano is fantastic. The visit to the towns of Masaya and Granada is essential when visiting this country. Our tour guide was pleasant and accommodating, but some of his English made it difficult to ask questions about history and culture. I would certainly recommend this trip.

was an ok tour. guide did not really explain a lot , probably because he didnt speak English well. overall, a good tour.

It was a good trip and the price was reasonable considering we covered many places within a day. I'd recommend ordering the Baho at the local craft market for brunch as it was amazing, much better than the Vigeron we had for lunch. All in all, well worth it if you are only in Nicaragua for the weekend.

Great trip- we covered a lot but didn't feel rushed at all. Highlights were the volcano and boat trip. Our guide was really friendly and accommodating.

Day Trip to Masaya and Granada from Managua