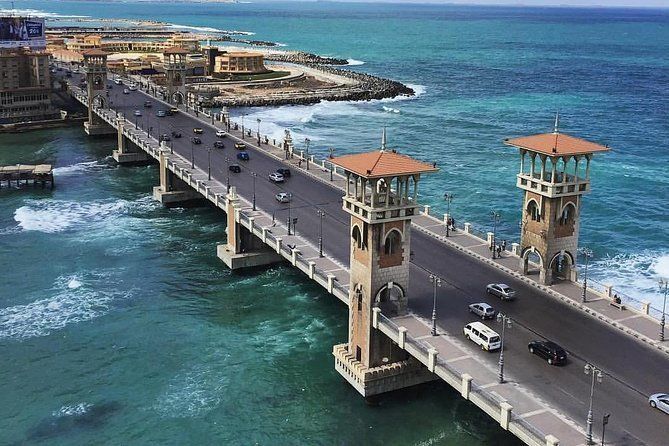 Enjoy a day trip to Alexandria with private guide from Cairo.

Start your tour from Cairo at 07.00am. You will head towards Alexandria, which will take 3.5 hours. It is the famous and interesting city named Alexandria at the time of Alexander the great. It has a flavor of different architect like the Greek, Roman, French and Italian

First visit Pompay's Pillar. It was constructed in honor of the Emperor Diocletian at the end of the 4th century. Originally from the temple of the Serapis, it was once a magnificent structure rivaling
the Soma and the Caesarean.

Then you drive to visit the Catacombs which are the largest Roman
Cemetery consisting of three levels cut in the rock.

Visit the Lighthouse of Alexandria

Visit Bibliotheca Alexandrina, that was one of the largest and most significant libraries of the ancient world. It flourished under the patronage of the Ptolemaic dynasty and functioned as a major center of scholarship from its construction in the 3rd century BC until the Roman conquest of Egypt in 30 BC. The library was conceived and opened either during the reign of Ptolemy I Soter (323–283 BC) or during the reign of his son Ptolemy II (283–246 BC).

Take a look at Montazah Palace and Gardens